In 2017, the current cost of Novovoronezh NPP (branch of JSC “Concern Rosenergoatom”) on environmental protection totaled 950,098 million. This was announced on August 16, 2018, during the public presentation of the report on the environmental safety of the nuclear power station in 2017, which was held in the Information center for nuclear energy in Voronezh.

During the presentation, heads of departments of environmental protection and radiation safety of the atomic power station has informed the representatives of environmental organizations and teachers of the Voronezh on the state of the environment of the region of NPP location and implementation of environmental activities Novovoronezh NPP in 2017. 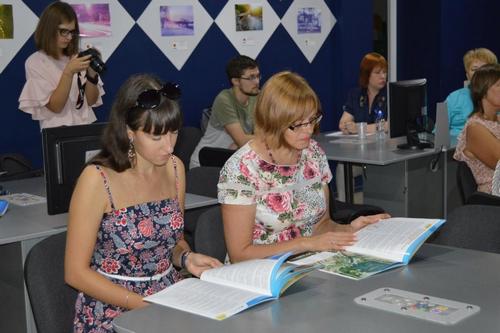 – Ensuring radiation monitoring at the power units of Novovoronezh NPP, in its sanitary-protective zone and surveillance zone, as well as the state of the parameters characterizing the radiation safety of nuclear power plants in operation, confirmed the absence of the negative impact a nuclear power station on the environment and the population living around nuclear power plants, – said Olga Sosnowska, head of laboratory of radiation control.

Note that in 2017 Novovoronezh NPP was marked by two important awards. For effective implementation of environmental policy and contribution to the preservation of the environment non-governmental environmental Foundation them. V. I. Vernadsky was awarded the team of the nuclear station certificate of merit and regional management of Rosprirodnadzor − the diploma for great contribution to environmental protection.

On the public presentation it was also noted that the environmental component of the object on special control, the nuclear scientists and the state Supervisory authorities.

Long – term experience of operation of Novovoronezh NPP shows that the state of the environment in the zone of influence of nuclear power plant and the 30-km zone remains safe, said the doctor, leading expert of the Interregional Department №33 of FMBA of Russia Tatyana Sokolova.

She also stressed that the implementation of the project and the construction of Novovoronezh NPP-2 were also taken into account all the requirements of the standards and rules of safety that ensures the well-being of the population and the environment during operation of the Novovoronezh NPP-2.

The event, attended by representatives of “Rosatom”, the operating organization, oversight bodies (Ombudsman in the field of environmental protection and natural resources), public organizations of the region, educational institutions of city employees and Voronezh region, and also heads and employees of Novovoronezh NPP. The seminar will cover the issues of environmental protection in the region. Nuclear scientists will report on the measures taken to implement the outcome of the international audit and about the good practices on safety culture.

In 2018 the budget of the Novovoronezh will receive more than 300 million rubles. Money in the framework of the agreement between Rosatom and the regional government will invest in road rehabilitation and further development of urban infrastructure. This was announced by the head of administration of city district Sergey Casticin during the visit of representatives of Executive authorities on Wednesday, July 25. 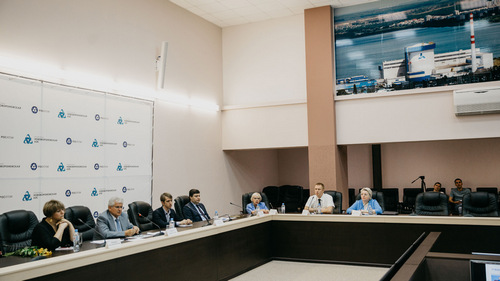 Representatives of bodies of Executive power called for key social facilities in the city of Novovoronezh.

The head of administration of city district Sergey Casticin stressed that the city’s appearance began to change with the construction of new power units and the conclusion in 2012 of the Agreement between Rosatom and the government of the Voronezh region on the allocation of additional tax deductions for activities of socio-economic nature. These funds are being renovated educational institutions, objects of urban environment, built major infrastructure facilities: multifunctional stadium “Start” the martial arts Centre, Ice arena.

Abramovich received a certificate of repatriate