Among the hardest decisions for policy makers is when to take away economic stimulus.

For the first time since the financial crisis the International Monetary Fund will this week be able to report that all major Western economies are expanding.

Speaking at Harvard ahead of the annual meetings, managing director Christine Lagarde revealed that she expected updated forecasts out today to be ‘more optimistic’.

Hovering over the upbeat tone there are uncertainties. The Fund is concerned about the build-up of household debt with Britain among the offenders. 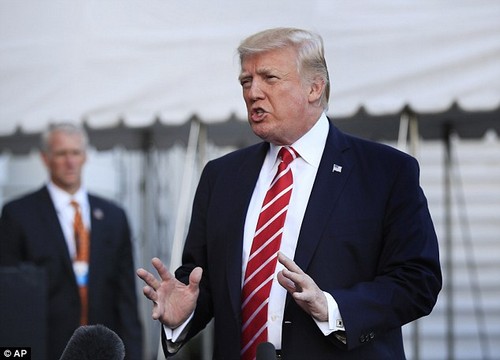 Trouble ahead: President Trump’s tax reforms were described by former Treasury Secretary Larry Summers as ‘an atrocity of a tax plan’

The Federal Reserve, the Bank of England and the European Central Bank are all preparing to take the foot off the monetary accelerator by raising interest rates and/or withdrawing quantitative easing.

And then there is President Trump who is preparing to replace Janet Yellen as chairman of the Federal Reserve and pushing tax reforms described by former Treasury Secretary Larry Summers as ‘an atrocity of a tax plan’.

Central bank moves to jack up interest rates are being pursued in the face of relatively low inflation.

The OECD reports inflation among the advanced countries fell to 2 per cent in June and July before bouncing to 2.3 per cent in August.

In Britain inflation was at 2.9 per cent in August but indications are that the pass through from the fall in the pound is easing.

This suggests that central banks are looking over their shoulders and worrying about the build-up of credit bubbles, over-exuberant equity markets and want to use the moment, with growth re-established, to normalise monetary policy.

Adding to uncertainty are questions about Trump’s choice as Fed chairman. In spite of being super-cautious on raising interest rates Yellen looks as if she will be the unusual thing of a one-term Fed chairman.

But who will replace her? Early favourite, former Goldman Sachs vice-chairman Gary Cohn, has faded after falling out with Trump over the Charlottesville protests.

Into the frame come Jerome Powell, a governor appointed by Barack Obama, who served in the White House under Bush the elder.

Also rumoured is Kevin Warsh, formerly of Morgan Stanley and a Fed governor, who could be too hawkish for Trump’s taste.

As son-in-law of a Trump chum – cosmetics tycoon Ronald Lauder – Warsh would meet the test of familiarity. Less likely are more academic names.

So far Trump has failed miserably on delivering his election agenda. He seeks a corporate tax reform which lowers the top rate from 37 per cent to 20 per cent and repatriates overseas profits.

Some Capitol Hill Democrats have bought into the idea. Critics such as Summers regard the plans as lacking precision and absurd in their ambition.

But in a political race between lower taxes and a more balanced budget Trump could actually win – if he doesn’t alienate all his allies along the way.

Former ITV chief executive Adam Crozier looks to have been wise. Two years ago he walked away from a £1billion takeover of The Weinstein Company arguing that it all looked risky.

What he cannot have known is that sexual harassment allegations against one of Hollywood’s biggest figures Harvey Weinstein would see him thrown on the scrapheap leaving a huge vacuum for the production company.

The notion of a producer’s casting couch is as old as the hills. What is fresh is the impact it has on corporate governance.

21st Century Fox’s bid for the 61 per cent of Sky it doesn’t own has been put on ice as a result of failings at Fox News over harassment allegations and covert payouts.

What is unclear at Weinstein is what will be left now the creative genius has gone. Brother and co-chairman Bob Weinstein has a stable record running Dimension Films which does horror movies like the Scream franchise and programmes for families such as Spy Kids. Without its mogul the studio will look very different.

We know that as Chancellor George Osborne and IMF boss Christine Lagarde were great pals.

Perhaps the Evening Standard editor will forgive her for plagiarism.

Her Harvard speech was entitled Need to Repair the Roof. Now, where have we heard that before?

The most and least reliable cars revealed by What Car? 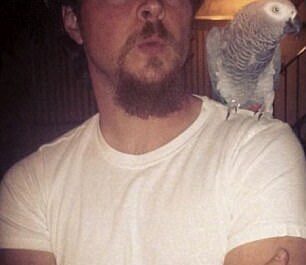