Apple has hired former BBC One and Channel 4 executive Jay Hunt as it looks to take on traditional TV studios and digital rivals Netflix and Amazon by developing its own shows.

Australian-born Hunt, 50, was most recently chief creative officer at Channel 4 as it poached the Great British Bake Off from the BBC and as it developed the hit show Gogglebox.

She was also controller of BBC One where she commissioned hits including Luther and Sherlock.

Challenging: Jay Hunt was controller of BBC One where she commissioned hits including Luther and Sherlock

Tech groups such as Apple, Amazon and YouTube are starting to threaten the major TV and film studios by developing their own content, to distribute through their core products.

So far the iPhone maker’s programmes include the hugely popular Carpool Karaoke, in which celebrities perform karaoke alongside the comedian James Corden, as well as the business reality TV competition Planet of the Apps.

But the firm has big ambitions to acquire and produce more shows, and earlier in the year hired two Sony Pictures TV executives.

Hunt resigned from Channel 4 at the end of September despite being the favourite to take on the chief executive’s role.

Tom Harrington, an analyst at the research firm Enders Analysis, told the BBC: ‘It seems like Apple is going for a worldwide push already – even though it hasn’t yet made much headway in the US.

‘Jay Hunt is exceptional in the commissioning space… She’s exceptional at finding programmes that fit the outlet she’s working at.’ 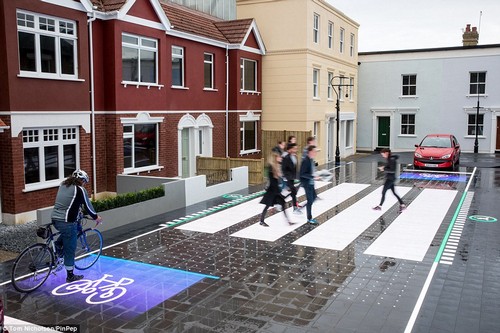 ONS error could put more pressure on Bank of England