Defence giant BAE Systems is planning to axe up to 1,000 jobs amid a slowdown in Eurofighter Typhoon production – in a major blow for UK manufacturing.

The UK’s biggest defence supplier is set to make an announcement this week. It has come under pressure as a long-expected order from Saudi Arabia has yet to materialise.

The cost-cutting will mainly affect BAE’s plant in Warton, Lancashire, where it assembles the warplanes.

May day: BAE Systems is planning to axe up to 1,000 jobs as a long-expected order from Saudi Arabia has yet to materialise

The Labour MP said: ‘The men and women who work on the Eurofighter are highly skilled and the potential loss of these jobs would have an appalling impact on them, the local economy, and wider supply chains.’

While most of the cuts are expected to fall on Warton, other sites including dockyards in Portsmouth are also expected to face losses. Some reports last night suggested as many as 2,000 jobs could go overall.

It is the first major move made by new chief executive Charles Woodburn, 46, who took over from retiring Ian King, 61, this year. 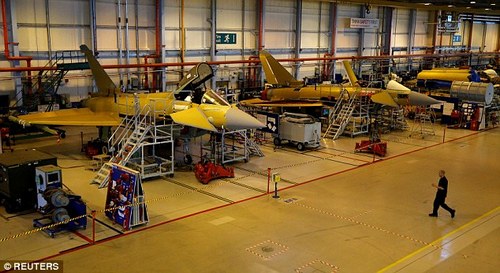 The cost-cutting will mainly affect BAE’s plant in Warton, Lancashire, where it assembles the warplanes

The Typhoon jets are a joint project between the UK, Germany, Spain and Italy, with BAE making the front fuselage, fin and foreplanes, and assembling its orders in Warton.

Its key customer Saudi Arabia ordered 72 of the aircraft in 2007 and the final plane was delivered this year.

BAE wants to sell the Saudis a further 48 aircraft to keep production going without any gaps, but has yet to close a deal. In August, managers said they expected more sales of the Typhoon, but could not be certain of any timing and production would be under constant review.

Hopes were raised last month when Qatar signed a letter of intent to buy 24 of the jets, but that has yet to turn into a firm order. Last week analysts at banking group Berenberg cast doubt on the programme.

They said Qatar was motivated more by politics than operational need during boycotts from Saudi among other neighbours, and the Typhoon would not work well with the rest of its fleet.

They also noted Saudi had been buying arms from other sources than BAE recently.

However, last month France and Germany dealt a blow to BAE when they announced plans to develop a new fighter jet to replace the Eurofighter – seen by some as a snub to Britain.

At the time BAE highlighted its role developing a new fighter jet with Turkey.

Britain signed a £100million deal with Turkey in January under which BAE will work with Turkish Aerospace Industries to develop the TF-X Turkish fighter programme.

A BAE spokesman said yesterday: ‘BAE Systems continually reviews its operations to make sure we are performing as effectively and efficiently as possible, delivering our commitments to existing customers and ensuring we are best placed to secure future business.

‘If and when there are any changes proposed we are committed to communicating with our employees and their representatives first.’ 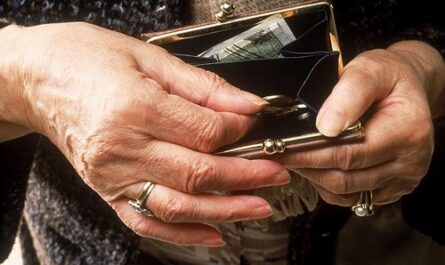