Domino’s Pizza has labelled itself ‘The Official Food Of Everything’ and latest reports would suggest that customers are in agreement.

Despite consumers cutting back in overall spending, the pizza chain has served up a surge in sales which could be attributed to consumers opting to dine at home during economic difficulties.

The firm’s shares leapt around 10% as it hailed improved trading in the UK after seeing an 8.1% jump in like-for-like sales in its third quarter to September 24. 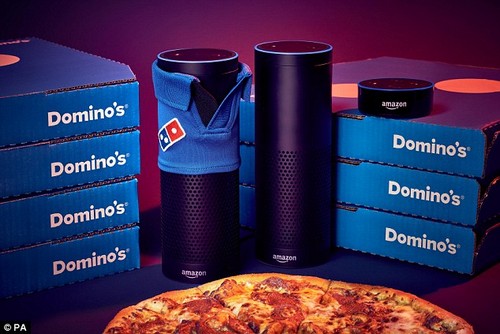 This came despite Domino’s noting that the weak pound has squeezed household finances.

The pizza firm was founded in America in 1960 and first came to the UK in 1985 when it opened a branch in Luton, Bedfordshire.

There are now over 1,000 stores countrywide cashing in on consumers looking to feed their families for less, with the two-for-Tuesday deals proving popular.

David Wild, chief executive of Domino’s, said: ‘In the UK, consumers are uncertain and they continue to focus on value.

‘Our commitment to growth remains undiminished, as does that of our franchisee partners.’

Domino’s latest advertising campaign ‘The Official Food of Everything’ was received well and drove 200,000 online orders on the last Saturday of September alone – the equivalent of 140 orders a minute.

Internet orders accounted for three quarters of all sales and was up 17.4 per cent.

Domino’s has also tapped into 21st century ordering patterns and made it possible for consumers to use voice ordering via Amazon’s Alexa.

It also enabled a feature to make it possible to order via Facebook messenger. 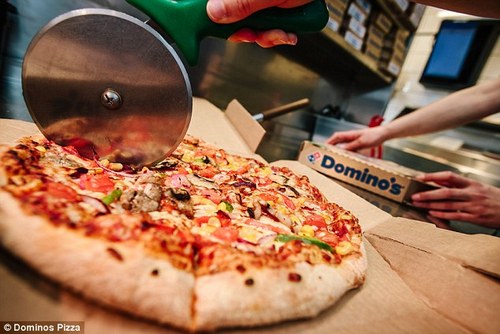 Domino’s latest advertising campaign ‘The Official Food of Everything’ drove 200,000 online orders on the last Saturday of September alone – the equivalent of 140 orders a minute.

The group added that it expects annual profits to remain ‘at least’ in line with City forecasts.

Steve Clayton, fund manager at Hargreaves Lansdown, said: ‘Domino’s ‘turned up the marketing heat’ in the face of increased competition from the likes of Just Eat, Deliveroo and Uber Eats.’

Domino’s is set to open a record 90 stores in the UK this year, with more launches already planned for early 2018.

Why do financial markets move up or down