The Chancellor received a double whammy of bad news today as both the UK’s economic watchdog and the IMF said they would have to slash UK growth forecasts.

Philip Hammond’s chances of delivering a vote-winning Budget in November shrank after the Office for Budget Responsibility – whose forecasts form the basis of the Chancellor’s Budget decisions – has admitted it is set to cut its productivity predictions for the next five years in November’s forecasts, hitting growth and tax receipts.

In its Forecast Evaluation Report, the OBR said the productivity downgrade will weaken the public finances outlook, and probably decimate the £26billion headroom Mr Hammond had put faith in to ease the economy through Brexit.

The uncertainty surrounding Brexit has cause both the UK’s economic watchdog and the IMF to slash UK growth forecasts.

A second Budget blow came from the IMF, which has raised growth forecasts for all advanced economies aside from the UK.

Household spending across the UK has dropped consecutively over the last four months and was the driving force behind the IMF’s decision to revise their position on the UK’s growth.

The uncertainty surrounding Brexit was also a contributing factor, in the damning report they highlighted cause for concern as to how a new economic relationship with the EU would be established.

There appeared to be concern regarding the knock-on effects this relationship would have on access to trade, migration, and cross-border financial activity.

Although the UK was the only major economy that failed to see growth revised, total world economic growth has been upgraded to 3.6% for 2017 and 3.7% for 2018.

Meanwhile, the OBR grossly overestimated the potential productivity growth for the next five years and will slash predictions also on the back of household spending. 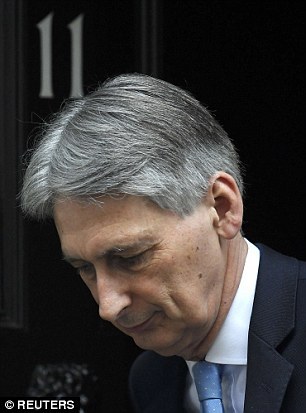 Since forecasts in March 2016, there has been a fall in unemployment figures and £2.8billion less borrowed by the Government but the downward revision to productivity growth is likely to have a large quantitative impact and consequences to the budget deficit.

The OBR reiterated the IMF’s sentiments about Brexit, stating that the uncertainty may be behind the productivity woes.

Blame was also placed on low investment by firms and the impact of rock bottom interest rates for the anaemic productivity growth.

The Treasury said it was working to fix the so-called productivity puzzle.

John McDonnell, Labour’s shadow chancellor said: “This OBR report supports Labour’s argument that weak investment is at the centre of our economy’s problems and has damaged productivity growth.”

Businesswoman on how she discovered ethical capitalism

A Lazy Trick for Having, a Very Productive Day