The fund management industry, responsible for looking after our cherished Isas and pension funds, has had it too good for too long.

It has made itself and its employees seriously rich at our expense by charging us a fortune for having our investments managed by them. 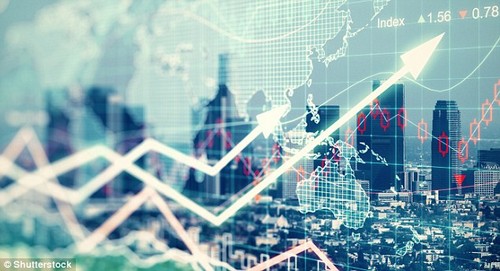 Thankfully, the industry is in the throes of change which should result in investors getting a better deal.

About time too. A spotlight on fund charges (too high) and regulatory intervention (some of it stemming from Europe) is triggering a revolution.

In contrast, so-called active funds, managed by people rather than the robots that control passive funds, are losing their lustre.

They are more expensive than passive funds (in terms of annual charges applied) and are often undermined by poor investment performance. These underperformers are being shunned – and rightly so.

Indeed, in a perfect market, they should go out of business but that is not how fund management works.

Only a hard core of active funds, run by seasoned professional investment managers, are bucking the trend – websites such as Hargreaves Lansdown and FundCalibre highlight these nuggets.

Evidence of the seismic shift taking place in fund management is everywhere. American giants BlackRock and Vanguard, dominant passive managers, are sweeping up most of the money pouring into investment funds. 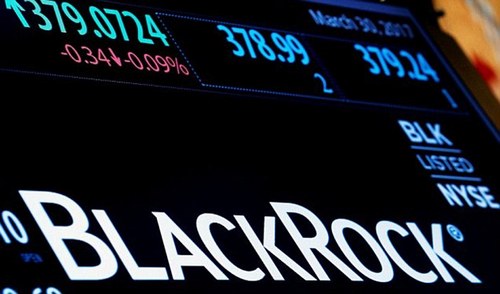 American giants BlackRock and Vanguard, dominant passive managers, are sweeping up most of the money pouring into investment funds

Rival asset managers, more renowned for active fund management, have decided the best way to respond is by getting bigger.

Hence the recent mergers of Aberdeen and Standard Life – and Janus and Henderson.

Whether such mergers reap rewards for fund investors in the form of lower charges and better investment performance remains to be seen.

Although it is too early to judge the post-merger performance of Aberdeen Standard Investments and Janus Henderson Investors, there has been little evidence that the benefits of any economies of scale are flowing through to investors.

It should and must happen. Size counts for nothing unless it delivers customers lower charges or enhanced returns.

Other investment companies, active rather than passive focused, have reacted in more positive fashion.

Fidelity is the latest asset manager to respond to the threat posed by the likes of BlackRock and Vanguard. It has announced a new ongoing charging structure for its active funds.

Although details are sketchy, its new style ‘fulcrum fee’ will fluctuate between a pre-determined floor and cap according to how well an active fund performs against its benchmark.

The better the relative performance, the higher the fee it will levy. Underperformance will result in it taking a lower management charge.

In principle, the change is a sound one because Fidelity will reap the richest rewards when its managers are beating their benchmarks (stock market indices) by a country mile – and in the process delivering investors stellar returns.

Also, nobody will be bullied into paying the new fulcrum fee – they can stick with the existing charging structure (a fixed percentage fee) if they want to.

Yet, until Fidelity fleshes out the detail, it is hard to give a definitive verdict. We need to know at what level the floor and cap will be set and that the benchmarks are appropriate.

If the floor and cap are set too high, Fidelity will rightfully be accused of profiteering at investors’ expense.

In addition, it seems unfair that even if Fidelity loses investors money, it will still reap rich fulcrum fees if it has beaten its benchmark (in other words lost investors less money than if they had bought an index-tracking fund).

Fidelity will always win, investors will not. Is that right? Me thinks not.

One final point. Regulation coming out of Europe (in the shape of Mifid II) will soon force fund managers to be more transparent over charges – as well as require them (and brokers) to provide investors with greater information before they buy. Fidelity has one hell of a battle on its hands.

Businesswoman on how she discovered ethical capitalism