Collectables specialist Stanley Gibbons has been around since 1856 but its future independence, if not its very survival, must be in doubt.

Group turnover in the year to the end of March declined to £42.5 million from a (restated) £59.1 million the year before. 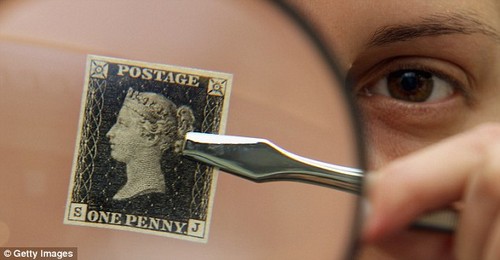 On the plus side, total borrowings reduced to £16.5 million from £21.9 million a year earlier, but shareholders would also have been alarmed to learn that there has been a further 48% fall in the net asset value, resulting from one-off restructuring costs, continued difficult trading conditions and the ongoing legacy of the group’s investment contracts, which included guaranteed buy-backs.

Due to the group’s net assets being below £20 million, the group is currently in default on its banking facilities and remains dependent upon its bank’s ongoing support.

‘There can be no guarantee that the bank will provide facilities beyond 31 May 2018 and the company is likely to require access to further liquidity in the intervening period,’ last Monday’s statement said.

Like another fondly remembered name from our childhood, Hornby, the famous business has gone seriously off the tracks this decade.

Arguably, it all started to go wrong when the previous management decided to leverage the Stanley Gibbons name and set up an electronic platform to rival that of eBay.

This was a good idea, but the execution was lousy.

How good an idea?

Well, look at this page on eBay, which has a copy of the superhero comic Flash up for offer at a cool $1.5 million.

No one could blame Stanley Gibbons for wanting to get a share of that kind of business, but the old management soon found itself out of its depth when it came to setting up a robust e-commerce trading platform.

The online collectables business, The Marketplace, launched in 2015, was an ‘ill-conceived, badly managed project which was allowed to severely over-run budgeted expenditure,’ according to Harry Wilson, who took over as chairman of Stanley Gibbons in May 2016 and wasted little time in moving the group’s headquarters from the cosy backwater of Jersey to London.

Chief executive Michael Hall and chief financial officer Donal Duff stepped down from the board as a result of the geographical shift. 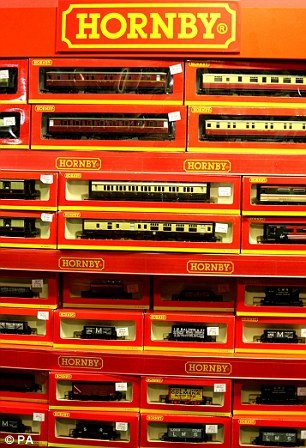 Hornby, the famous business, has gone seriously off the tracks this decade.

Whether the move from the Channel Islands to the mainland was just a fig leaf to spare the blushes of the former management is not known but it is possible to draw some conclusions from Wilson’s subsequent comments.

The twin acquisitions of the fine wine and antiques trader Noble Investments and the art and furniture specialist Mallett were ‘poorly managed’ according to Wilson.

‘The acquisitions failed to instill a cohesive, UK-based management structure with adequate challenge and competition for capital,’ Wilson said a year ago when the can of worms at Stanley Gibbons was opened a bit wider with the release of fiscal 2016’s full-year results.

Wilson said the firms were not properly integrated, a drain on investment and left the business in too much debt.

In an era when interest rates have been at their lowest levels since records began, alternative investments have boomed in popularity; as a world leader in stamps and other collectables, Stanley Gibbons should have benefited from that boom.

Instead, it was brought to its knees, prompting the current board to initiate a full strategic review in June and start selling off chunks of the business.

In May it offloaded its interest in Masterpiece London, the operator of the annual Masterpiece London art and antiques fair, to Masterpiece for £1.4 million, and at the beginning of this month it managed to dispose of its Dreweatts 1759 business at the second time of asking.

The chairman, Harry Wilson, told shareholders last week that there are other parties interested in buying some or all of the business, though he reckons a bid for the entire company remains one of the less likely outcomes.

In the meantime, the company has dramatically slashed its overheads, drawn in its horns, and gone back to focusing on stamp & coin dealing activities.

Annualised operating cost savings of more than £10 million have been achieved to date through the restructuring programme and the full benefit of this will be seen in the current financial year (to March 31, 2018).

Further savings are expected to be made as the restructuring programme reaches its conclusion.

Meanwhile, the troublesome e-commerce division has been improved and remains key to the future of the business.

It is very much a case of back to the future, with the group returning to what it knows best: stamps and coins, where it has major global brands in Stanley Gibbons and Baldwin’s.

‘These businesses both operate in large markets with a global presence where integrity, expertise and heritage are at a premium,’ Wilson noted.

‘Our strategy is to improve the efficiency of our businesses while maintaining disciplined capital allocation and growing brand recognition in broader markets internationally. We believe this will enable us to establish a sustainable and profitable business model for the group and deliver long term value to shareholders in the process,’ Wilson said.

Just 10% of parents willing to invest a Junior Isa