With quality products at low prices, bargain supermarkets Aldi and Lidl are enjoying increasing popularity in many affluent areas. And their charm has now even reached the attention of Tatler, as the upmarket magazine has released a list of what to get from each chain for fancy food on a budget.

The magazine’s switch of interest from high-end, high-price stores follows blind tests that rated Aldi and Lidl products as better than the likes of Harrods and Fortnum and Mason.

Tatler said it was no longer a question of whether to shop at the German supermarket chains but rather which is better for a high-end bargain.

Tatler Magazine pitted Aldi (right) and Lidl (left) against each other to see which was better value and who’s products tasted better. Lidl was victorious with cheaper champagne and smoked salmon

It is the latest move upmarket for the stores that have tried to attract middle and high-income households.

With the likes of sirloin steak and champagne on sale at both chains, it seems everyone can now appreciate buying posh nosh for less.

And after store openings in London areas such as Chelsea, Notting Hill and even Mayfair, Tatler has now pitted the German giants against one another.

Tatler has produced its own guide on where it is best to go for everything from steak and bubbly to crisps and eggs.

It said shoppers can choose between a Scotch beef sirloin steak for £5.45 at Lidl or Aberdeen Angus steak for £4.75 at Aldi.

Other popular items deemed suitable for Tatler readers included Aldi’s kiln-roasted salmon for £3.59 and smoked Scottish salmon at Lidl for £2.99.

It comes just months after Lidl overtook Waitrose to become Britain’s seventh biggest food store – behind the ‘big four’, Aldi and the Co-op.

Earlier this year figures revealed Aldi and Lidl were growing at their fastest rate in more than two years.

The discount grocers saw takings up 19.2 per cent while Tesco, Sainsbury’s, Asda and Morrisons saw growth of just 1.6 per cent.

Aldi lost out on the battle of the budget brands. Both them and their rivals Lidl have opened stores in affluent areas around central London

It came as a survey found six in ten shoppers said they had visited one of the discount shops in recent weeks.

Last December Aldi sold more than 69,000 bottles of Prosecco every day over December – reaching a total of 2million.

This drove a 15 per cent rise in December sales and earned the retailer the accolade of a record Christmas.

Meanwhile, a £5.29 Prosecco from Lidl beat a number of upmarket stores, including M&S, to be crowned runner-up for sparkling wine during a blind taste test by Good Housekeeping.

Blind taste tests last Christmas also found the smoked salmon, mince pies and mulled wine were tastier at Lidl and Aldi than at stores such as Fortnum and Mason and Harrods.

JEFF PRESTRIDGE: Change at last for our funds 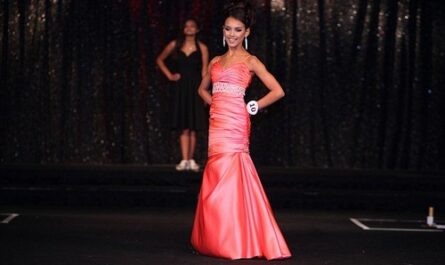 Metro Bank says it is taking ‘revolution’ to streets