Vanquis Bank has been fined by the Information Commissioner’s Office for sending out a flurry of illegal marketing texts and e-mails.

The ICO says the e-mails and texts broke the law because the recipients had not consented to being sent such messages – and it fined Vanquis, a subsidiary of Provident Financial Group, £75,000.

Vanquis Bank: The firm sent out a flurry of spam texts and e-mails to people

Vanquis came on the This is Money radar last year when we did a round-up of correspondence from firms and asked readers to guess whether it was genuine, or a scam.

We originally thought an e-mail  (pictured below) from Vanquis offering a credit card was a scam, given the fact it used comic sans font, came from a strange e-mail address and contained weird characters on the letters of the subject line.

However, we were subsequently contacted and told it was in fact genuine – we wrote about it here: would you have spotted this as a genuine message?

Provident Financial itself was fined £80,000 in July by the ICO in relation to spam texts, sent on its behalf to promote Satsuma Loans.

Steve Eckersley, ICO head of enforcement, said: ‘There are rules in place to protect people from the irritation, and in some cases anxiety and distress, spam texts and emails cause.

‘People need to be properly informed about what they are consenting to. Telling them their details could be passed to ‘similar organisations’ or ‘selected third parties’ cannot be relied upon as specific consent.’

Genuine e-mail: We mentioned this e-mail last year – and discovered it was genuine contact from the bank

Vanquis Bank obtained the marketing lists used to send the messages from other organisations, the ICO – which reports directly to government – says.

It relied on indirect consent rather than checking itself that the correct level of consent had been obtained.

The ICO has also issued a legal notice ordering Vanquis Bank to ensure its practices comply with the law.

A spokesman from Provident said: ‘Vanquis Bank is sorry for any irritation this has caused to the individuals concerned.

‘Although the ICO found that Vanquis Bank did not deliberately contravene the regulation, Vanquis Bank takes this contravention extremely seriously.

‘The bank has reviewed its marketing processes and put in place steps to ensure that contraventions of this nature do not occur again, including no longer working with the third parties concerned.’

In a separate case, London company Xerpla has been fined £50,000 by the ICO.

The firm sent nearly 1.26million spam e-mails promoting products and services as far ranging as dog food, wine, competitions and boilers on behalf of other firms.

Xerpla did not have the right consent needed from people to send the emails.

The spam e-mails sent by Xerpla were sent to people who had subscribed to two websites operated by the firm – www.yousave.co.uk and www.headsyouwin.co.uk.

Mr Eckersley adds: ‘People were so exasperated by these messages that they complained to us.

‘That sparked two ICO investigations and enabled us to take action and hold the firms behind this nuisance to account.

‘These firms should have taken responsibility for ensuring they had obtained clear and specific consent for the sending of the messages. They didn’t and that is unacceptable.

‘I would encourage anyone troubled by a spam email or text to report it via the ICO’s website.’ 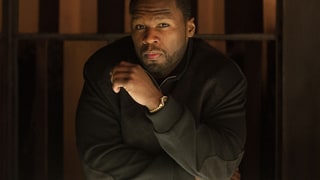