Blake Shelton may enjoy the comforts of home on his upcoming LP Texoma Shore, but with that album due to be released this Friday, the Voice coach has announced new plans to hit the road early in 2018. The 14-date Country Music Freaks Tour kicks off in February with support from Brett Eldredge, Carly Pearce and Trace Adkins. 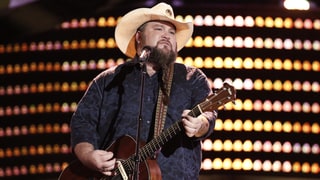 Last winter, Shelton made a similar month-long run of shows called the Doing It to Country Songs Tour, but while that trek focused on the West Coast this one will predominantly take place in the Midwest and Southeast. Kicking off February 15th with a show at Tulsa’s BOK Center in Shelton’s home state of Oklahoma, it will stop twice in Texas and once in Los Angeles before wrapping up March 17th at Wells Fargo Center in Philadelphia, Pennsylvania.

Shelton also debuted the new song “At the House” from Texoma Shore early this morning. A not-so-subtle ode to enjoying a night in and “losing something black and lacy in the couch” rather than partying with the boys, it’s another breezy slice of domesticity from Shelton to accompany the album’s lead single, “I’ll Name the Dogs,” which was released last month. The pull of home is an appropriate theme for an album that was recorded at Lake Texoma on the Texas-Oklahoma border, not far from the singer’s hometown of Ada. Hear “At the House” below.

Texoma Shore is the follow-up to If I’m Honest and will be released November 3rd on Warner Bros. Nashville.