Longtime BioWare employee Mike Laidlaw has left the company, he announced on Twitter today. He was creative director of the Dragon Age series, as well as a writer for Mass Effect and Jade Empire. 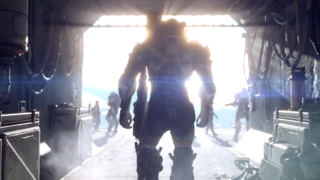 “It’s with a mix of emotions that I’m announcing my time with BioWare has ended,” he says. “After 14 years and a chance to work on Jade Empire, Mass Effect and all things Dragon Age it’s time for me to move on.”

There’s no word yet on exactly why Laidlaw left BioWare or what he plans to do next professionally. For now, he says he wants to spend some time “reconnecting with all the amazing games and worlds his peers have created,” and he plans to share those experiences on Twitch and Twitter.

Laidlaw is not the first high-profile employee to leave BioWare within the past year. Anthem director Aaryn Flynn stepped down in July after 17 years with the studio. Writer Chris Schlerf left BioWare Montreal for Bungie in February 2016, and Dragon Age lead writer David Gaider, another 17-year veteran, left in January 2016.

We’ve reached out to BioWare to confirm Laidlaw’s departure. We also asked about his replacement and whether or not this will impact any ongoing projects.