Emily Nash, a high school junior who plays golf at Lunenburg High School in Massachusetts, shot the best round of golf during a Division 3 tournament on Tuesday. And yet, her closest competitor, who Nash bested by four strokes, took home the tournament trophy. 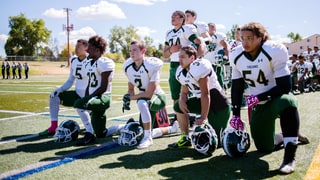 In what world is this possible? Well, Emily Nash, as you can guess from her name, is a girl. However, the Massachusetts Interscholastic Athletic Association, who runs the tournament, only allows boys to win the championship.

But, unfortunately for the MIAA, this isn’t the 1950s. Now, we have Title IX, and the MIAA has almost certainly violated it, and very likely the federal Constitution as well.

At this point, Title IX is pretty familiar to most people. It is a federal law that stops educational programs that receive federal funding from discriminating based on sex. It does, though, allow schools to operate separate sports teams for each sex. The bargain it strikes in this regard is that if a school does so, it has to treat the two teams substantially equally. This is where all the litigation about Title IX has arisen with respect to equal athletic opportunities in college for women.

What if, as sometimes happens, a covered program allows girls to compete with boys (or vice versa)? In that case, Title IX’s exception for separate teams does not apply. Rather, Title IX’s basic requirement of equality kicks back in. So, for instance, in 1994, when Heather Mercer tried out as a walk-on kicker for the Duke football team, Duke was required by the courts to treat her equally. The law is clear in this regard. Duke could have barred her from participating altogether. But, once it allowed her to try out, it had to treat her equally and could not kick her off the team in favor of less-qualified male kickers.

The same principle clearly applies here. The MIAA did not have to allow Nash to participate in the boys’ tournament. It could have legally said it has boys tournaments and girls tournaments and the two shall never intermingle. But the MIAA chose to allow Nash to participate. Once it did so, the basic requirement of Title IX kicks in, and the MIAA had to treat her equally. By denying her the championship trophy, the MIAA didn’t do so and very likely violated Title IX.

The MIAA’s response to the controversy that has ensued is that it was clear from the outset that Nash, along with the other 25 or so girls who participated in MIAA boys’ tournaments, could participate but could not win an individual trophy. Their scores would count toward their team scores, but would not register for an individual award.

This is a sorry excuse for a Title IX violation. Imagine if all a school had to do to get around Title IX (or any other anti-discrimination requirement) was to notify students ahead of time that it would treat them unfairly. Clearly that doesn’t absolve school of their anti-discrimination responsibilities, so the MIAA’s advance notification is irrelevant. Once it allowed Nash entry into the tournament, it could no longer treat her any differently than the boys.

What’s more is that it’s also quite likely the MIAA violated the United States Constitution. Many courts have held that state athletic associations like the MIAA are covered by the requirements of the Constitution. The Constitution prohibits sex discrimination in situations that have nothing to do with actual differences between men and women. It’s hard to imagine how the MIAA would claim that it gets through this loophole here, especially given Nash’s dominance at the tournament.

To his credit, the tournament runner-up, Nico Ciolino, offered Nash the trophy after he was given it, saying she was the one who earned it. The MIAA needs to correct the error of its ways and recognize the same. If it doesn’t, it is not only doing the wrong thing but it is also opening itself up to an embarrassing – and no doubt costly – Title IX and constitutional lawsuit. 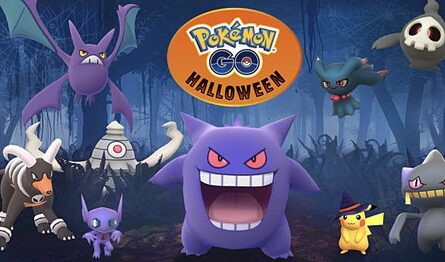