Eve Online is a massively multiplayer online role-playing game known for its intricate gameplay and in-game feuds that sometimes boil over into real life. Now, developer CCP is teaming up with Finnish studio PlayRaven to bring the world of Eve to smartphones. 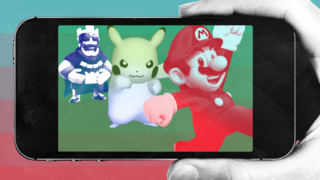 With Project Aurora, CCP promises a “massively multiplayer mobile universe,” where players must work together to dominate the galaxy via fighting, territory control, or scheming. There are other Eve spinoffs, like the first-person shooter Dust 514 or the virtual reality shooter Eve: Valkyrie, but this is the first time the Eve franchise is coming to mobile.

Project Aurora will be free-to-play on iOS and Android. It will be released in a few small territories in 2017 before getting a full launch sometime next year.