Former One Direction singer Louis Tomlinson chooses the pub over the club on his new single, “Just Like You.” 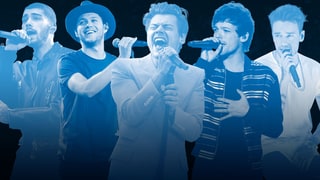 The song has a snappy beat with synths that swell to a wobbling instrumental hook. The production complements Tomlinson’s polished vocals and lyrics about how he grapples with everyday highs and lows. The track even opens with the cheeky line, “It’s the guy from the one band/ Cigarette in my left hand.”

In an interview with Zane Lowe on Beats 1 Radio, Tomlinson called “Just Like You” autobiographical. “The fans have seen so much and got to know us so well, but I’ve never really had a chance to be as honest like that with music. So that was really refreshing… It was just important for me to write a song that could humanize me as much as possible, and that the fans could really feel like I’m just like them – honest and vulnerable and real.”

“Just Like You” marks Tomlinson’s third offering as a solo artist. In 2016, he teamed with Steve Aoki for “Just Hold On” while earlier this year he released “Back to You” with Bebe Rexha and DJ/producer Digital Farm Animals.