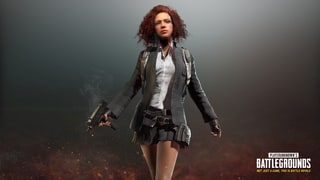 On a post on the official blog for Humble Bundle, the founders of Humble Bundle write that the company will maintain its offices, culture and team with “IGN helping us further our plans. We will raise even more money for charity.”

“John and I started Humble Bundle from our childhood homes. When our parents found out that our “big idea” was basically the honor system of pay-what-you-want plus charity, they braced themselves for the possibility that we might never move out. Seven years later, thanks to the generosity of over 10 million customers, we’ve now raised $106 million for charity. We are incredibly proud of this figure, of our team, and the Humble community which got us here.

“But as far as we’ve come, we know we are just getting started. Even bigger things lie ahead, and we think IGN is the perfect partner to help us get there.”

It’s unclear what this new partnership will help fund in terms of expansion, the blog post simply refers to new publishing initiatives.

Humble Bundle launched in 2010, bundling together a collection of digital codes for games and asking customers to both pay what they want, but also to divvy out that payment between charity, the developers and Humble Bundle. Since that first bundle, the store has raised more than $106 million for charity. While Humble Bundle started out as a game-selling service, it now also sells other types of software bundles, book bundles, mobile app bundles and has a more standard store front as well as a monthly membership service.

Humble Bundle has more than 12 million customers, according to the site.

IGN’s Peer Schneider addressed concerns about an editorial property owning a store front that it may cover in response to USGamer. (Something akin to GameStop’s ownership of Game Informer.)

” First, we will keep a rigid separation between IGN’s editorial team and the Humble Bundle team,” Schneider told USGamer. “Second, we will provide full disclosure whenever IGN creates content about a game, bundle, or subscription created by or funded by Humble Bundle.”