Roger Daltrey’s long-awaited memoir will arrive in bookstores in the fall of 2018. “I’ve always resisted the urge to ‘do the memoir,'” Daltrey said in a statement, “but now, finally, I feel I’ve enough perspective.” The book will be released through Henry Holt and Co. in America and Blink Publishing in the United Kingdom. 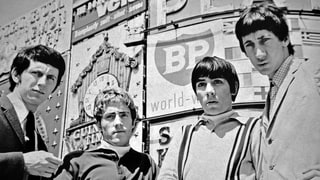 “When you’ve spent more than half a century at the epicenter of a band like The Who, perspective can be a problem. Everything happened in the moment. One minute, I’m on the factory floor in Shepherd’s Bush, the next, I’m headlining Woodstock.”

He first mentioned the book in an interview with Rolling Stone in May of 2016. “I’ll only release it if it’s a good book,” he said at the time. “I don’t care how long it takes…Most of the rock biographies that I’ve read I kind of got bored with about halfway to two-thirds of the way through. I hope not to fall into that trap.”

Now, Daltrey finally feels ready. “It’s taken three years to unpack the events of my life, to remember who did what when and why, to separate the myths from the reality, to unravel what really happened at the Holiday Inn on Keith Moon’s 21st birthday,” he said in the new statement. “I hope the result is more than just another autobiography. I’ve been lucky enough to live in interesting times. I’ve witnessed society, music and culture change beyond recognition. That I’m still here to tell my tale when so many others around me didn’t make it is nothing short of a miracle.”

Daltrey just concluded the final leg of the Who’s 2017 tour with a series of South American co-headlining dates with Guns N’ Roses. Their future plans are unclear, though Daltrey is working on his first solo album since 1992’s Rocks in the Head and is launching a tour in late October where he pledges to mix Who hits with rarities and selections from his solo career. He’ll be backed by guitarist Simon Townshend, bassist Jon Button, drummer Scott Devours and keyboardists Loren Gold and Frank Simes.

All of the News From This Weekend’s Frontier Expo 2017