Get ready to fall back in love with and then remember why you hated the original Tamagotchi pocket pet. The tiny digital keychain pal is making a limited return to the United States starting next month to celebrate its 20th anniversary. 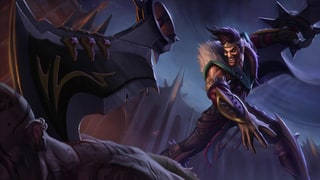 The Tamagotchi – which will arrive at various online shops on November 5th for $15 a pop – will come in six different shell variations based on the initial 1997 launch of the device in Japan. Each one includes six characters and comes in a replica of the original packaging (pre-orders start today online).

If you missed the Tamagotchi crazy in the United States, that means you never had a chance to care for a tiny digital pet that started out as an egg and slowly grew into a different sort of creature. The game has players touching one of the three buttons on the devices face to feed, interact with and cleanup after the pet.

I spent the weekend with one of the remakes latched to my work bag, quietly carrying it on my daily commutes to and from work in New York City and throughout the halls and panel rooms of New York Comic-Con. It’s small enough – a bit bigger than a stack of quarters – to not attract any attention, but its plaintive beeps when your pet is in need of attention still manage to cut through the din of a train or crowded hall.

Your pet always starts as an egg. Once hatched, mine looked a bit like a hopping, malformed Pac-Man until I fed it enough for the blob to grow a neck, turning it into what looked like Audrey from The Little Shop of Horrors. Tapping one button brought up a menu of two food choices for my pet. A second tap of a button fed the creature. Over time, my pet would fill the screen with what looked like little poop emoji until I tapped a button to clean its room.

Unfortunately, I also discovered that if I ignore the pitiful beeps of my pet for long enough, the screen turns from a small enclosure for a hopping digital creature, to a tiny graveyard.

This morning, when I went to check my Tamagotchi, I discovered a small digital mound in the bottom right corner of the tiny screen, a little cross sticking out of the top. In the top left corner was what appeared to be a ghost hovering back and forth.

Since the devices release 20 years ago, it has sold more than 82 million units worldwide and, while the little gadgets haven’t been available in the U.S. for years, it never went out of sale in Japan.

“It is alive and well in Japan and has not taken a break,” Liz Grampp, vice president of brand management at Bandai America, tells Glixel.

The decision to release a version in the U.S. once again was driven by what Grampp calls an incredible global response to news that the company was re-releasing the original designs in Japan.

“Bandai America was flooded with requests to bring it back,” she says.

While the device is slightly smaller than the original – to appeal to Millennials, Grampp explains – it still features the same character design and gameplay.

The throw-back Tamagotchi are being sold in a limited number, she says, but she declined to say exactly how many will be available. Bandai Namco has plans for the brand in North America in 2018 as well, which involves “innovating around Tamagotchi.”

“What’s fun about the physical device is the novelty of it,” Grampp says. “If you grew up with Tamagotchi, you have a strong nostalgia factor of carrying it around and keeping your pet around. It’s really unique and such a novel way to play, but the gameplay is very familiar.”

Chance the Rapper, the National to Play Obama Foundation Concert