The Deuce saved its best, and its worst, for last.

The final episode of the show’s first season is called “My Name Is Ruby” – a title that serves as an assertion of humanity, a prophecy of doom and famous last words all at once. Written by series co-creators David Simon and George Pelecanos and directed by Michelle MacLaren, it’s technically about the moment that the selling of sex became part of the American mainstream. But more importantly, it’s about the people left behind as surplus to the transition. As such, it contains two of the show’s most powerful and upsetting scenes.

The first occurs when Eileen, spurred by a homophobic comment from her otherwise kind-hearted porn collaborator Harvey, pays a visit to her previously unmentioned brother Patrick. Not in the Village or some other gay mecca, as you might expect – her sibling is in a mental hospital. It soon becomes clear that this is the source of her oft-mentioned but never explained problem with her father: He had her baby bro committed when he discovered he was queer. The years since have clearly not been kind. Though he’s still friendly and full of love for his sister, his hand constantly shakes with a nervous tic, likely brought on by the electroshock therapy used to “reprogram” his brain into heterosexuality. (Fellow Long Islander Lou Reed was allegedly subjected to the same quack treatment.)

“I’m not homosexual,” Patrick insists, despite all evidence to the contrary. Eileen insists that he is, and just as firmly argues that it’s no big deal. The world has changed, hasn’t it? He needn’t answer to his father anymore, nor to the kind of street violence that was once far more common than it was even in 1971, when the episode takes place. She takes his hand. There’s a moment when it seems he’s ready to accept who he is and what he could do with his life. Then he pulls his hand away with a rueful smile, and that moment is gone.

The next time we see Ruby, she’s wiping the remnants of her last trick off her stomach. She sees her client, a towering goon, rifling through her belongings to take his money back. He blows her off her order to give it back, even when she threatens to sick her pimp Rodney on him … until she proclaims “My name is Ruby” when he calls her Thunder Thighs on his way out the door. He turns and charges her. In a matter of seconds, she’s plummeting through her upper-story window to her death on the pavement below.

It’s a terrifying, tragic assault, made worse by its novelty. Stabbings, shootings, stranglings and beatings are one thing; by tossing her through a window, Ruby’s killer treats her like trash, throwing her out and walking away. You’d have to turn to Twin Peaks for a more upsetting death scene on TV this year.

But life on the Deuce goes on. Eileen and Harvey live it up at the premiere, hot on the heels of her debut as a director on one of his films (co-starring her fellow streetwalkers Lori and Darlene). Private peep booths start raking in the dough and the “massage parlors” become popular enough to open VIP wings and occupy entire buildings. Despite initially balking at the violence of the mafia, Vincent uses the insurance provided by his mob connections to beat the shit out of a guy who beat his estranged wife. (He then shacks up with Abby despite her misgivings.) Meanwhile, she and Paul start hiring live bands for the bar, represented here by the reunited Question Mark and the Mysterians, in a gig that may well have led legendary critic Dave Marsh to coin the term “punk rock.” (Eat your heart out, Vinyl.)

Also: Allston and Sandra break up when he refuses to go on the record about the police protection racket, on the advice of his newfound rabbi on the force, Captain McDonagh. Barbara winds up doing a federal bid for drug trafficking after her pimp Larry refuses to bail her out, much to his own guilt. Her girlfriend Melissa is stuck in a sister-wife relationship with Lori and C.C., whose encounter with his retired mentor Ace (Clarke “Lester Freamon” Peters) sends him into an existential tailspin. The episode ends with poor zonked-out Bernice staggering her way down one of the massage parlor’s gilded hallways toward a client. Another day, another dollar.

Notice any common denominators here? The closer you get to the overlap in the straight/white/male Venn diagram, the better off you’re gonna be. By juxtaposing the miserable fates of characters like Ruby, Patrick, Barbara and even folks like Sandra and Allston against Harvey and Eileen’s glamorous new life/Vincent and Abby’s ersatz domesticity/ White Frankie, Bobby and Rudy‘s jolly debauchery, The Deuce makes the case that free love isn’t free at all. For the most vulnerable denizens of 42nd Street, the breaking-dawn light of the “porno chic” age hit them like vampires, leaving them destroyed or sending them scurrying back into the shadows, never to escape. Even the era’s superstars aren’t immune: Linda Lovelace, shown basking in the spotlight at her film Deep Throat‘s premiere, eventually divulged horrific abuse behind her performance. The movie that turned skin flicks into big business was quite literally funded by the Colombo crime family.

It’s a hard lesson to learn, and it takes guts to teach it. To their credit, Simon & Co. are willing to take that risk, at the potential expense of giving us an enjoyable show to watch. There’s no question that Ruby’s death sucks the air right out of the room for the rest of the episode. It’s impossible to watch Eileen soak up the glitzy atmosphere of the Deep Throat party, or take in the trademark Simon sweep of the closing musical montage, without thinking of her awful final moments. They’ll linger long into the show’s second season, too, and no doubt that’s the point. As Vincent tells Abby when she questions his lack of emotion over Ruby’s death, “I love women, but … it’s the Deuce.” It seems like we’ve finally learned what that really means. 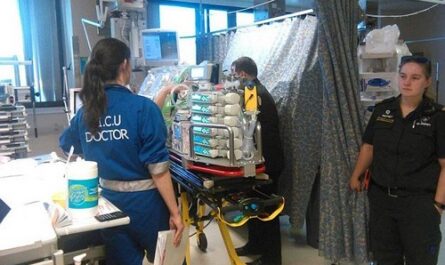