The Gardens Between, an adventure puzzle game by The Voxel Agents, is coming to PlayStation 4 in Q3 2018 alongside its launch on Windows and Mac, PlayStation announced today. 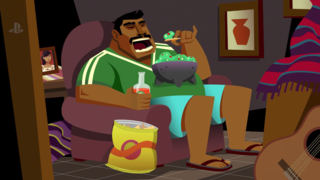 The game allows you to control the flow of time, forwards and backwards, as Arina and Frendt move through dreamlike environments peppered with curious objects. The pair will manipulate the world around them to alter how objects move through time. Solve puzzles to ignite constellations and illuminate defining moments in their friendship.

Explore an imaginative wonderland filled with abstract environments and rife with symbolism and hidden meaning. As Arina and Frendt’s passage progresses, their story, steeped in themes about childhood and what it means to grow up, will unfold.

“Every puzzle in The Gardens Between reveals more of the narrative of Arina and Frendt,” says Simon Joslin, co-founder, The Voxel Agents. “Though the journey is an emotional one, our aim is to create a meditative experience that players will look forward to escaping into and relaxing with.”

Oliver Stone on Harvey Weinstein: ‘It’s Not Easy What He’s Going Through’