Beck has released his slimy and vibrant new video for “Colors,” the title track off the singer’s just-released new album. 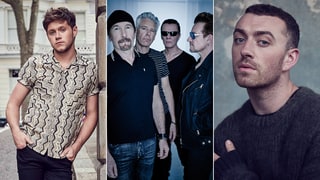 A year after Beck aligned with meme-making visual artists for his “Wow” video, the singer again pairs new music with a viral trend in the form of an “autonomous sensory meridian response (ASMR)” video.

The pop-minded Colors is Beck’s upbeat follow-up to 2013’s Morning Phase, which won the Grammy for Album of the Year. The album includes previous singles “Dreams,” “Wow” and “Up All Night.”

“The best songs make you glad to be alive,” Beck previously told Rolling Stone of the album. “It doesn’t matter if it’s Beethoven or the Monkees. That’s what I was thinking about a lot.”