Liam Gallagher delivered a seething performance of “Wall of Glass” on The Late Late Show With James Corden Monday. The track appears on the former Oasis singer’s new solo debut, As You Were. 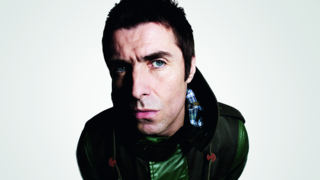 Shaking a pair of maracas and sporting both a blasé look and pair of round, Lennon-esque sunglasses, Gallagher sang the steady-rocking tune with a proper sneer in his voice, “You were sold a one direction/ I believe the resurrection’s on/ And you were wrong.”

Gallagher’s appearance on The Late Late Show notably comes after the rocker insulted James Corden during an interview with British GQ. Gallagher said there was “no fucking chance” he’d appear on The Late Late Show‘s fan-favorite segment, “Carpool Karaoke,” and he called Corden a “knobhead” and “that fat bloke from Kevin and Perry,” misnaming Corden’s old BBC sitcom, Gavin & Stacey.

However, the famously caustic musician showed his capacity to make amends, tweeting, “I’ve just bumped into the host James Corden I gotta say he’s a fine chap got that 1 wrong.” Gallagher added, “I’m the first to admit it James Corden was a good man to my boys last night.”

Gallagher will embark on a short North American tour in support of As You Were November 13th at the Warfield in San Francisco. 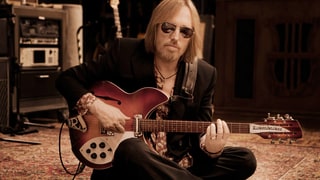