Woody Allen addressed the “very sad” Harvey Weinstein sexual assault scandal in a new interview where the filmmaker admitted that he was unaware of the severity of the claims against the producer. 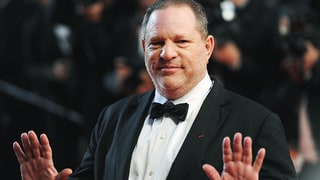 “No one ever came to me or told me horror stories with any real seriousness,” Allen told the BBC. “And they wouldn’t, because you are not interested in it. You are interested in making your movie. But you do hear a million fanciful rumors all the time. And some turn out to be true and some, many, are just stories about this actress or that actor.”

The director and the producer have a long business relationship: Allen-directed films like Mighty Aphrodite and Bullets Over Broadway were distributed through Weinstein’s Miramax, while The Weinstein Company co-produced Allen’s Vicki Christina Barcelona.

Mira Sorvino, who won a Best Supporting Actress Oscar for her role in Mighty Aphrodite, recently opened up about her own experience with Weinstein, an encounter that resulted in “many sleepless nights.”

“The whole Harvey Weinstein thing is very sad for everybody involved,” Allen said. “Tragic for the poor women that were involved, sad for Harvey that his life is so messed up. There’s no winners in that, it’s just very, very sad and tragic for those poor women that had to go through that.”

Allen, who has similarly faced allegations of sexual abuse – including accusations levied by his son Ronan Farrow, who penned the New Yorker‘s expose into Weinstein – also voiced concern that the aftermath of the Weinstein scandal would result in “a witch hunt atmosphere” in Hollywood and beyond.

“You also don’t want it to lead to a witch hunt atmosphere, a Salem atmosphere, where every guy in an office who winks at a woman is suddenly having to call a lawyer to defend himself. That’s not right either,” Allen said. “But sure, you hope that something like this could be transformed into a benefit for people rather than just a sad or tragic situation.”