Boris Johnson turned up late for Theresa May’s Brexit statement after complaining that ‘sinister forces’ have turned her against him.

The Foreign Secretary missed the start of the speech in the Commons today and was forced to shuffle in and take his place between between Sajid Javid and Priti Patel, after the Prime Minister had started.

During her statement to MPs, Mrs May risked the wrath of Brexiteers by hinting the transition period for leaving the EU could last longer than two years.

The PM told Brussels the ‘ball is in your court’ and urged the EU to help forge a ‘dynamic, creative and unique’ relationship as she dismissed the prospect of further concessions before trade talks begin.

But she also suggested the two year ‘implementation’ period, outlined in her Florence speech, could be extended. 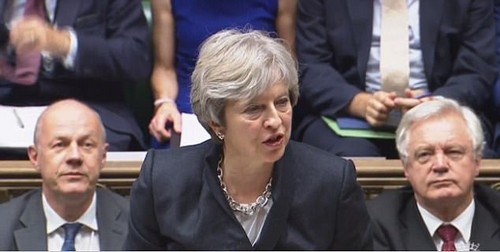 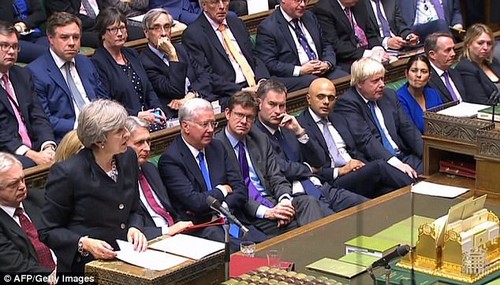 As Mrs May addressed MPs in the Commons today, the Foreign Secretary missed the beginning of her speech, shuffling in late and taking his between Sajid Javid and Priti Patel

Mr Johnson has previously insisted the transition period should be ‘not a second more’ than two years.

But his future is is thought to be uncertain after he helped throw the gathering into chaos with leadership manoeuvring.

One option would be to shift him to Defence Secretary. But allies reportedly warned that the Foreign Secretary would flatly refuse to accept being moved to a less senior position.

However, Mr Johnson suggested he was a victim of briefing by a ‘sinister band of imposters’. 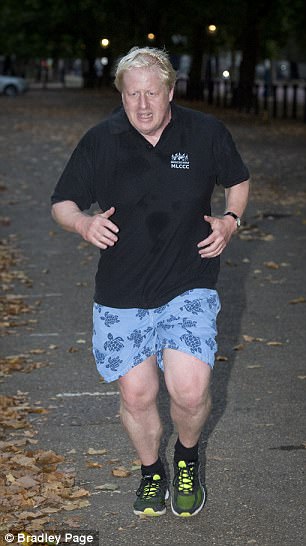 ‘I am frankly fed up to the back teeth with all this,’ he posted to the Tory MP WhatsApp group.

‘I do not know who these people are. I do not know if they are really my friends and allies or if they represent some sinister band of imposters.

‘I heartily disagree with the sense, tone and spirit of what they are quoted as saying.

‘Whoever they are they do not speak for me.’

CABINET AT WAR: WHO STANDS WHERE

Theresa May presides over a Cabinet riven by division, fuelled by Brexit and questions over her own future:

The Foreign Secretary exploded Cabinet divisions into public view with his incendiary 4,000 word essay on Brexit. He has set red lines for the Prime Minister on minimum standards for the deal, wants a rapid exit from the single market and the honouring of Vote Leave promises on the NHS.

The Chancellor is determined to stall Brexit for as long as possible to smooth the transition for business. He has been accused of making pessimistic and dour warnings about the impact on the economy – in stark contrast to Johnson’s demand for upbeat interventions.

He won support from Mrs May for a ‘standstill’ transition but the two year programme outlined in Florence is less than he mooted in the summer.

The Brexit Secretary is negotiating the deal in Brussels but with a divided Government behind him at home. His rows with senior mandarin Ollie Robbins have been well documented. Robbins has since been moved into the Cabinet Office to work more closely with May.

He agreed with Hammond about the need for a transition period.

The Home Secretary’s public spat with Johnson during the referendum battle has carried into the Cabinet. Rudd was sent out to slap down the Foreign Secretary after his Telegraph essay, accusing him publicly of being a back seat driver in the negotiations.

Close to May, Rudd is thought the leading leadership contender from the Remain wing of the Tory Party, fuelling suspicion about her motives from Brexiteers.

The Trade Secretary is the loudest proponent of a hard Brexit in the Cabinet. He has insisted there is nothing to fear from falling out of the EU without a deal.

Fox conceded the need for a transition period during the summer but warned early on it must not extend more than three year.

In an interview yesterday, Mrs May responded to reshuffle questions by insisting she would not ‘hide from a challenge’.

She admitted her nightmare conference speech – which saw her handed a P45 by a prankster before a sore throat rendered her unable to speak – had been ‘uncomfortable’.

But she insisted she never considered abandoning the address because she is ‘not someone who gives up’.

Asked what she might do with the Foreign Secretary in a reshuffle, Mrs May told The Sunday Times: ‘It has never been my style to hide from a challenge and I’m not going to start now.’

However, Mrs May faced growing pressure to remove Mr Hammond, who is nicknamed ‘Spreadsheet Phil’ for his dry demeanour, before next month’s Budget.

Critics of the Chancellor have accused him of limiting the ambition of the Government’s domestic policy agenda and attempting to keep Britain closely tied to the EU for years after Brexit.

Ahead of the June election, Mrs May had planned to sack Mr Hammond, and Downing Street aides held long discussions about how she would handle his ousting, but she scrapped the idea after losing her majority.

Nadine Dorries, a staunch supporter of Mr Johnson, became the first backbencher to publicly call on the Prime Minister to revive her plan.

She told ITV’s Peston on Sunday: ‘If I were the Prime Minister, the person I would be demoting or certainly sacking would be Philip Hammond.

‘She very much wanted to do that before the election was called because I don’t think he’s been completely on board.

Another Tory MP added last night: ‘The backbenchers are livid with Hammond because he pushed and shoved over the summer to water down Brexit.

‘But also, everybody thinks he is too pessimistic. We want to be upbeat and we just don’t think he’s helping. So there is a lot of anger.’

Senior backbencher Bernard Jenkin, chairman of the steering committee of the European Research Group of MPs, used a Guardian column to attack Mr Hammond’s department – although not the Chancellor himself.

“The Treasury seems unable to hear any voices except those that reinforce their preconceptions.

‘It seems blind to the facts, preoccupied with preserving ‘access’ to the EU market seemingly at any cost,” he said. 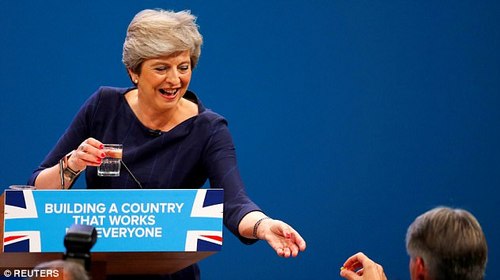 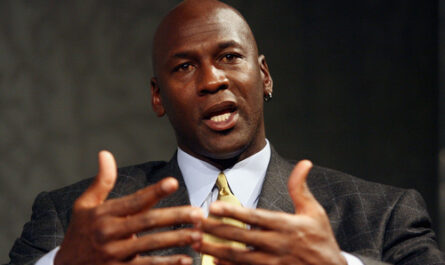