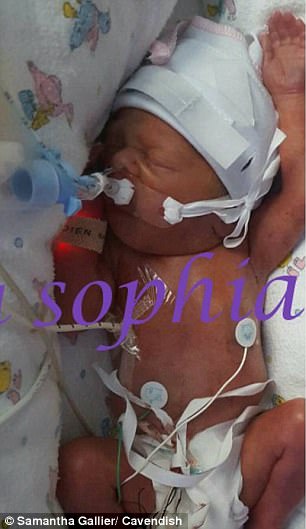 Sophia pictured in Royal Oldham Hospital after she was born prematurely

A couple whose newborn baby was dying of sepsis were forced to make the decision to end her life in a filthy hospital room filled with dirty crockery.

Paul Gallier, 33, and his wife Samantha, 27, had just learnt their one-week-old daughter Sophia had contracted the illness after being born 16 weeks premature.

But when faced with the traumatic decision of whether to remove care, the couple were led away by staff to a dingy room full of uncleaned pots and unmade beds.

Sophia died shortly afterwards at Royal Oldham Hospital, Greater Manchester, but her empty incubator was then erroneously kept next to that of her twin sister Sienna.

The hospital later said it had outsourced its cleaning duties to G4s and could not explain why the side room was untidy.

At an inquest in Heywood, a coroner condemned the ‘miscommunication and confusion’ at the hospital, which admitted a series of failings over Sophia’s death.

The incident occurred in February 2016 after the two girls were placed in the Neonatal Intensive Care Units.

Mr Gallier told the hearing: ‘Sophia was placed into the Neonatal Intensive Care Unit and we were told the next 24 hours would be very telling.

‘Her lungs had already collapsed on two occasions but she did begin to get better over time and they took her off ventilation for two hours. 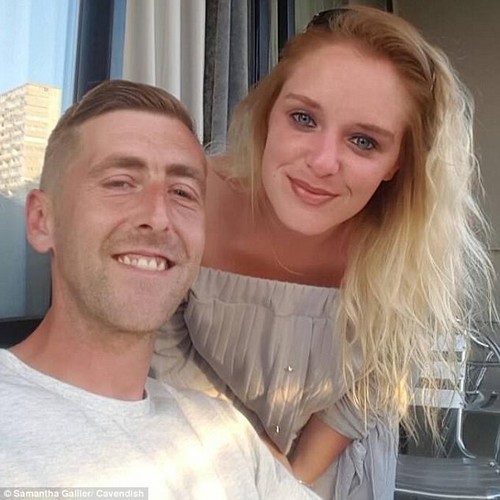 Paul Gallier, 33, and his wife Samantha, 27, (pictured) had just learnt their one-week-old daughter Sophia had contracted the illness after being born 16 weeks premature

‘I was told that for the first time, babies were only meant to be taken off ventilation for an hour but that it was down to the nurse’s discretion.

‘On the Friday and Saturday she looked really well and we left her but we had a call saying that she was unwell and had an infection.

‘We arrived to see her and her foot was black and she had patches going up to her hip.

‘We stayed until 10pm that evening and on the Sunday when we arrived she had spots on her face and black on her chest.

‘I asked the consultant if she was going to die and she said “yes” and I was talked through withdrawing care – but we were not ready for that.’

‘We were given a family room and were asked if we had made a decision yet and we had a discussion and decided to withdraw care for Sophia. 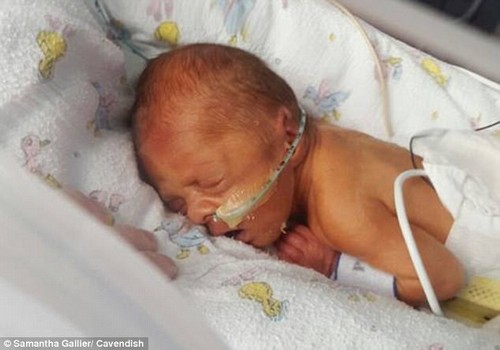 At an inquest in Heywood, a coroner condemned the ‘miscommunication and confusion’ at the hospital, which admitted a series of failings over Sophia’s death

‘We were taken into a room to say goodbye and it was filthy – it was covered in pots and pans and hadn’t been cleaned at all.

‘At 19.43pm on February 28, Sophia passed away. We now believe that if everything had been done correctly, we would have bought Sophia home with mummy and daddy.’

Dr Natasha Maddock, a consultant at Royal Oldham Hospital, told the hearing: ‘Sophia was immediately very sick and required a lot of support but she did settle down very well and things improved.

‘Until this rash appeared there were no clinical problems with Sophia and the only thing that was noted was that she stopped breathing at times.’

She said initial ‘blood gas’ tests carried on Sophia on February 26 which can detect signs of deterioration or infection in premature babies had appeared normal.

But doctors failed to check again as required an hour later and the rash on the baby’s body had already appeared by the time a further test was carried out that evening. 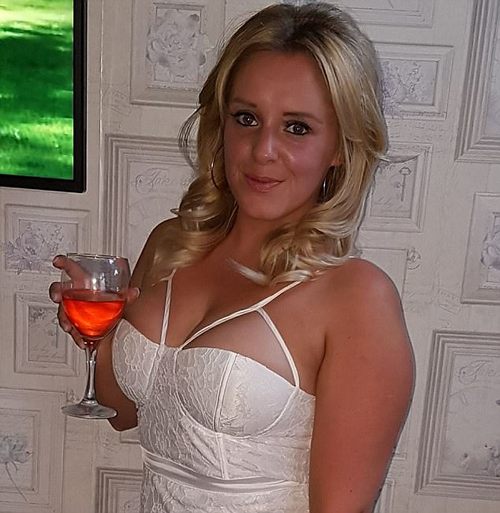 When faced with the traumatic decision of whether to remove care, Paul and Samantha (pictured) were led away by staff to a dingy room full of uncleaned pot and unmade beds

Dr Maddock added: ‘If the second blood gas had been taken when it was due to we may have noticed an abnormality and anti-biotics might have been issued earlier.

‘The ward round following Sophia’s trial on CPAP was not recorded as the clinician made an assumption the junior doctor was recording notes, but didn’t check. She gave no explanation for this other than that she was busy.

‘There was no documentation at all or whether the ward round took pla
ce. On the 26th of February the nurse taking the blood gas was not shown the gas chart with previous readings to compare with.

‘On the 26th of February Sophia was left off ventilation for two and a half hours which we now believe may have been too long.

‘When changing the intravenous lines, the filters had been moved so that one filter was left open, exposing it to the air which could potentially increase risk for infection. This process was inconsistent with the guidelines from the trust.

‘Since Sophia’s death, an action plan has been created to improve the way procedures are carried out and to ensure more precise recording of notes throughout the hospital.’

An external report into the tragedy found no link between the errors by hospital staff and Sophia’s death. 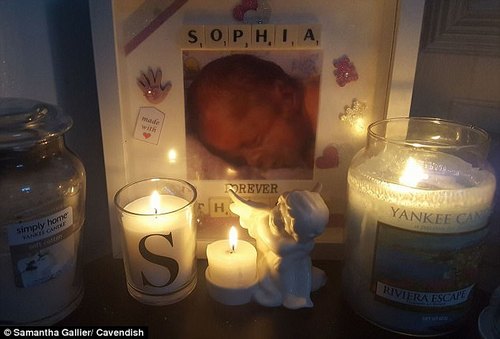 But recording a conclusion of death natural causes, coroner Lisa Hashmi said: ‘There has been a degree of confusion and miscommunication between the doctors and nurses in relation to the explanation of Sophia’s care.

‘I recognise the benefit of hindsight but I have to say I am not convinced by any of the witnesses from the trust because are so many inconsistencies.

‘I do not believe Sophia’s death could have been prevented due to the rapidity of the infection but that doesn’t make the errors and admissions right.

‘Steps are being taken to remedy the findings and that ought to continue although I am not satisfied on certain elements.

‘I do not believe the evidence suggests neglect and whilst there were a number of failings they do not amount to gross failures.

‘No matter what I say will bring any help to the grief and sadness and of course her surviving sister who will want to know what happened to her twin.’

In 2015, the hospital carried out a review into its procedures after the deaths of four babies and two mothers at the maternity unit. 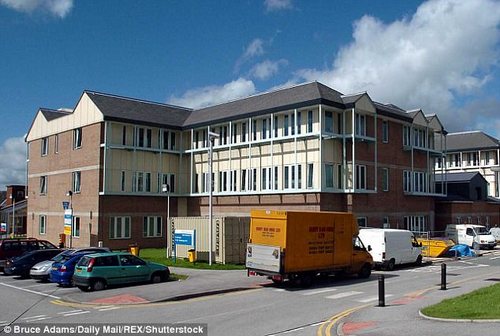 In 2015, the hospital carried out a review into its procedures after the deaths of four babies and two mothers at the maternity unit