These shocking images show terrified dogs tied up in sacks and thrown on the back of cars as they are sold at a local market for meat in north-eastern India.

Killing dogs for meat and eating dogs is illegal in India, but the practice continues in some rural states in the north east, local activists report.

The dogs in these photos are some of the 30,000 canines slaughtered for food each year in these areas, where many believe that dog meat has medicinal value.

Heartbreaking: A dog is seen tied up and thrown on the roof of a van after being bought at a meat market in Nagaland, north eastern India 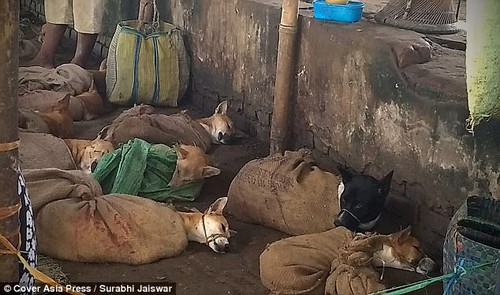 Dog dinners: Several dogs are seen tied up in sacks at the local meat market

Some of the images show a dog tied to the roof of a van at a highway streetfood shack between Kohima to Dimapur in Nagaland, north eastern India.

It was spotting this dog which led photographer Surabhi Jaiswar, 27, to search further for where the animals were being sold for meat.

‘We stopped at the café for a drink and some food. I was sitting at a table, sipping my tea, when I saw something move on top of the van. I starred at it for some time, trying to work out what it was, it kept moving, and eventually I could see it was a dog.

According to Miss Jaiswar, the dog had rope wrapped around his mouth and body and tied to the roof of the van like a piece of baggage along side suitcases and a mattress.

‘I saw a woman inside the car. I asked her what was she doing with the dog. She told me it was her pet. I said “you don’t treat a pet like that”. 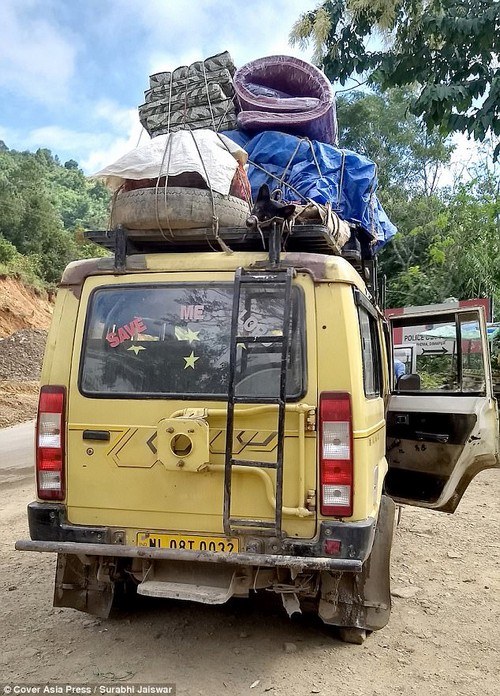 Have-a-go hero: Photographer Surabhi Jaiswar, 27, tried to save the dog after spotting it tied up on the truck, but was refused to buy it

So sad: After Miss Jaiswar confronted the driver, they admitted they were going to eat the dog

‘I suspected they were taking it for meat so I asked her directly “you’re going to eat it aren’t you?” and she said yes.

‘I just panicked. I offered to buy the dog. The driver came over and I begged him to let me buy the dog off them but they wouldn’t let me. They just ignored me. I called for help but no one came over.

‘I ran back to the café and the café owner told me it happens all the time. He said “they eat dog in these parts”. I was devastated.

‘There was nothing I could do. I had to just watch them drive off with the dog still tied to the top.’

The experience inspired Miss Jaiswar to investigate further, and she soon located the local dog meat market called Budh Bazaar, in Dimapur, and photographed the helpless dogs ready for slaughter.

‘I’m a big dog lover,’ she said. ‘I can’t see this happening. As a photographer I take pictures all the time. I can only hope these images will help animal activists take action.’

Abhinav Srihan, from the Fauna Police, a non-profit organization fighting for animal rights in India, said: ‘There are certain communities in Nagaland that eat cats and dogs.

‘Not all north eastern people eat dog meat but yes, a certain section have this culture.

‘Dog eating is actually illegal in India but it happens in these certain communities in Nagaland where there is a high level of dog transportation.

‘We try our best to save all dogs in this country. When we get information about dogs being in trouble we step in and save them. But we have a lack of funds.

‘People here do not adopt them, it’s a big problem. Stray dogs are very vulnerable in India.’ 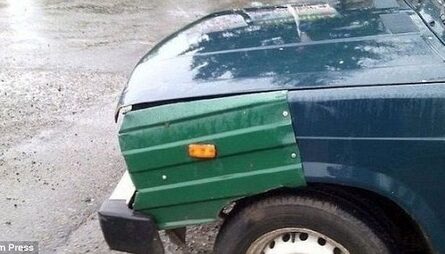 The Slippening: Ethereum Price Falls to 7-Month Low Against Bitcoin