An 11-year-old schoolgirl was ‘kicked off’ a bus after she tried to pay her fare with an old pound coin – six days before it ceases to be legal tender.

Armani Taaffe had been given £1.50 by her mother to catch her usual number 16 bus to Moorside High School in Werrington, Staffordshire, at 8am yesterday.

But the driver told Armani he couldn’t take the old pound coin and drove off with her at the bus stop, leaving her ‘upset’ and ’embarrassed’ by the side of the road.

Armani Taaffe (pictured) had been given an old pound coin by her mother to catch her usual number 16 bus to Moorside High School in Werrington, Staffordshire, at 8am yesterday 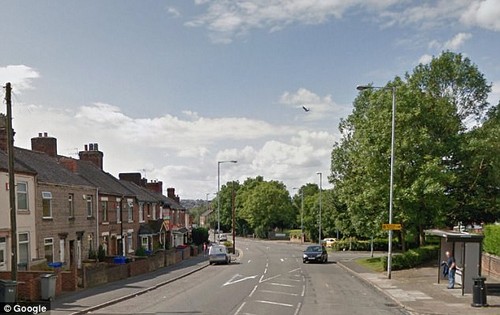 The driver told Armani he couldn’t take the old pound coin and drove off with her at the bus stop, leaving her ‘upset’ and ’embarrassed’ by the side of Werrington Road (pictured)

Armani still managed to get to school on time after phoning her grandmother for a lift, but transport operator D&G has apologised for the ‘misunderstanding’.

She said: ‘The girl in front of me had an old £1 coin and the driver asked her to swap it which she did. I knew then that there might be a problem when I went to pay.

‘I told him straightaway that I had the old £1 coin and he said “I’m sorry but we can’t take it” and that I couldn’t go on the journey. He drove off with me at the bus stop.’

Her mother Janice Taaffe, a 52-year-old care support worker who was at work at the time, has complained to D&G. 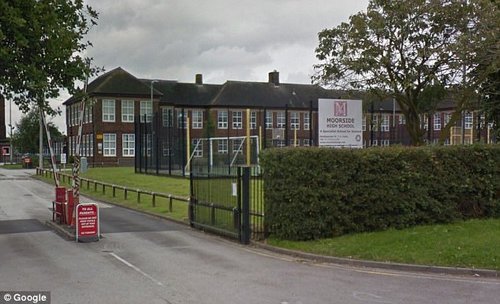 Armani still managed to get to Moorside High School in Werrington on time after phoning her grandmother for a lift – but she was made to ‘feel stupid’, according to her mother

The round £1 will no longer be legal tender from Monday. Pictured is its 12-sided replacement

She said: ‘I was at a client’s house on Monday morning when I received a call from Armani saying she had been kicked off the bus because she had the old £1 coin.

You’ve got until Sunday to use your old pounds

After 23.59pm this Sunday, the round pound will lose its legal tender status, meaning stores cannot hand out old pound coins as change and can refuse to accept them as payment.

People have been urged to rummage through their wallets, coat pockets, piggy banks and sofas so that they can spend them, bank them or give them to charity before this date.

But Tesco has confirmed it will continue accepting old round pound coins for a week after the deadline imposed by the Royal Mint.

It follows a similar announcement by Poundland, which will be accepting round pounds until October 31.

Major banks have said that while they encourage customers to allow enough time to hand in their old coins, they will continue to accept deposits of round pounds from after this Sunday.

‘I was stuck because I was caring for a vulnerable lady but my vulnerable daughter was left at the bottom of Werrington Road on her own. Her nan had to take her to school eventually.

‘I rang D&G because I was absolutely horrified. The person on the phone apologised and said it was because the company was banking this week.

‘I think the bus driver should have taken her regardless. It wouldn’t surprise me if other children have been affected. She was upset and it made her feel stupid. She was very embarrassed that it happened in front of everyone.’

The round £1 coin will no longer be legal tender from Monday. About 1.2 billion of the old coins have been returned – but about 500million are still in circulation.

A D&G spokesman said: ‘We are aware of an issue with one of our drivers on Monday morning. This was caused by a misunderstanding of information which we provided regarding the old £1 coin.

‘We have since spoken to the driver to ensure this will not happen again and we apologise for any inconvenience caused.’

** Have you had trouble with the new or old pound coins? Please email: mark.duell@mailonline.co.uk ** 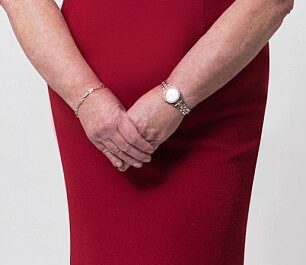 Made in Russia: the Kremlin Wants to Replace Foreign Tech