A Ghadr-H missile, center, a Sejjil missile and a portrait of the Iranian Supreme Leader Ayatollah Ali Khamenei are on display for the annual Defense Week, marking the 37th anniversary of the 1980s Iran-Iraq war, at Baharestan Sq. in Tehran, Iran, Sunday, Sept. 24, 2017  (AP)

Iran tried to obtain illicit technology that could be used for military nuclear and ballistic missile programs, raising questions about a possible violation of the 2015 agreement intended to stop Tehran’s drive to become an atomic armed power, according to three German intelligence reports obtained by Fox News.

The new intelligence, detailing reports from September and October and disclosed just ahead of President Trump’s planned announcement Thursday on whether the U.S. will recertify the Iran deal, reveals that Iran’s regime made “32 procurement attempts … that definitely or with high likelihood were undertaken for the benefit of proliferation programs.”

According to the document, the 32 attempts took place in the German state of North Rhine-Westphalia. The report lists Iran as a nation that engages in proliferation, which is defined as “spreading atomic, biological or chemical weapons of mass destruction.”

Missile delivery systems are also included in the definition of illicit proliferation activity in the report.

THE CASE FOR A ‘CLEAN WITHDRAWAL’ FROM THE IRAN NUCLEAR DEAL

The North Rhine-Westphalia agency accused Iran of using front companies in the United Arab Emirates, Turkey and China to circumvent international restrictions on its nuclear and missile programs.

The intelligence report, which covered the year 2016 – the Iran deal was implemented on Jan. 16, 2016 – calls further into question Iran’s compliance with the agreement, formally known as the Joint Comprehensive Plan of Action, or JCPOA.

The year before, the agency recorded 141 attempts by Iran to secure illicit goods for proliferation purposes.

AS TRUMP CHALLENGES IRAN NUCLEAR DEAL, THOSE IN TEHRAN WORRY

In a second intelligence report obtained by Fox News, the German state of Hessen said Iran, Pakistan, North Korea and Sudan use “guest academics” for illegal activities related to nuclear and other weapons programs. “An example for this type of activity occurred in the sector of electronic technology in connection with the implementation of the enrichment of uranium,” the document reads.

The intelligence officials also cited an example of foreign intelligence services using “research exchanges at universities in the sector of biological and chemical procedures.”

When asked about whether Iran was involved in the academic and research cases, a spokesman for Hessen’s intelligence agency declined to comment.

IRAN ISSUES THREAT OVER US STRIKES IN SYRIA

“Congress and the White House should work together to hold the Assad regime accountable for its war crimes and impose harsh sanctions against its enablers,” Rubio told Fox News.

A third intelligence report, from the state of Saxony-Anhalt, said Iran works “unabated” on its missile program.

“With ballistic missiles and long-range rockets, Iran will be in the position to not only be able to threaten Europe,” it says. 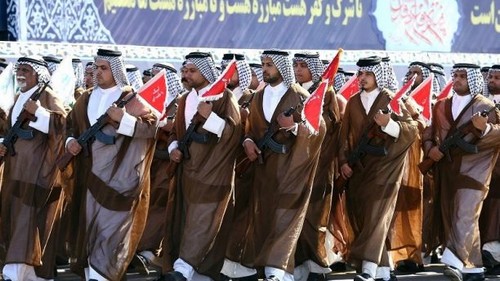 Iranian Arabs who are members of the paramilitary Basij force march in a military parade marking the 37th anniversary of Iraq’s 1980 invasion of Iran, in front of the shrine of late revolutionary founder Ayatollah Khomeini, just outside Tehran, Iran, Friday, Sept. 22, 2017.  (AP)

United Nations Security Council (UNSC) resolution 2231 notes that “activities with Iran for nuclear and non-nuclear civilian end uses” should be sent to a technical UN working group on procurement.

When asked if Germany reported the illicit exports and the unlawful attempts to the UNSC, German diplomats told Fox News: “We have no indication of Iran violating its JCPOA commitments. Quite on the contrary, the recent 2016 Report of the Federal Office for the Protection of the Constitution states that there is no evidence of Iran violating the JCPOA.

“Having said that, we remain worried by Iran’s missile program. The aforementioned report, as well as reports from regional intelligence authorities, shows that Germany is highly vigilant in this regard and will continue to do so. However, this issue is outside the scope of the JCPOA and needs to be dealt with separately.”

David Albright and Andrea Stricker, two experts on Iran’s nuclear program at the Washington-based Institute for Science and International Security, wrote in April that the UN’s “Procurement Channel is a potentially valuable transparency and verification condition in the JCPOA, aimed at controlling the export of goods to Iran’s authorized nuclear programs and non-nuclear, civil end uses.”

The experts added, “It seeks to deny Iran opportunities, or at least help expose any efforts, to violate the JCPOA and increase the transparency of Iran’s nuclear programs.”

Sigmar Gabriel, the outgoing Social Democrat foreign minister of Germany, has made several trips to Iran since 2015 to boost trade with Tehran. Gabriel is widely considered one of Europe’s most energetic advocates of the Iran deal. 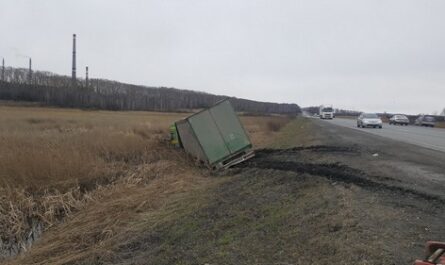