Theresa May made a pointed apology for the General Election campaign in her much-maligned conference speech.

May, whose poll lead fell from 23 per cent to virtually nothing, said: ‘It was too scripted, too presidential. I hold my hands up for that. I take responsibility. I led the campaign. And I am sorry.’

Election strategist Sir Lynton Crosby’s firm was paid about £4 million for the campaign.

Surprisingly, his company CTF Partners still works for the Tories, carrying out a ‘values study’, asking focus groups what they care about.

One senior Tory said: ‘It might have been better if they’d known the values before the campaign. There’s been a string of resignations at No 10 but none at Tory HQ, which is now known as the provisional wing of CTF.’

In his newspaper column Nick Timothy – sacked as Theresa May’s chief of staff after the election – said the policies in her speech weren’t good enough.

‘This was the opportunity for the Tories to reset and show the country… they have the policies to change people’s lives for the better. Unfortunately, they failed to take their opportunity.’ One big idea was the cap on energy. It was in the manifesto in the general election that cost Mrs May her majority. Who helped write the manifesto? Mr Timothy.

After his botched coup attempt, former Tory chairman Grant Shapps faces a battle for survival in his own backyard.

Momentum, the group set up to bolster Comrade Corbyn’s leadership of the Labour Party, is moving into Shapps’s Welwyn Hatfield constituency. 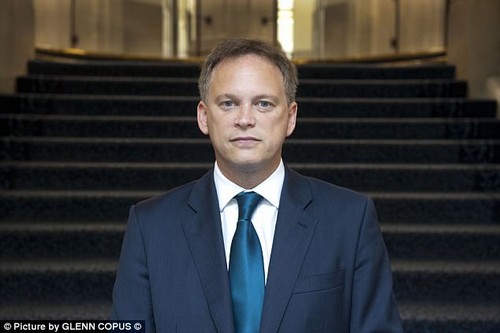 Reading the nukes on Radio 4

Will the world end if the BBC’s Today programme goes off air? People linked to the Radio 4 show – now in its 60th year – think so.

Historian Lord Hennessy asserts that secret orders to nuclear submarine captains to launch a strike are to be acted on only if a submarine cannot tune in to Today for a certain period – as it would show Britain had been hit by a nuclear attack.

Former Today producer Tim Luckhurst says: ‘BBC Radio 4 long wave travels a long way, so if Today is off air, given the facilities to protect emergency broadcasting, it would be a sign that organised government has collapsed.’

Writing in Waitrose Weekend magazine, presenter John Humphrys agrees: ‘It’s true. I’ve asked Peter Hennessy, and he produced chapter and verse. They will know if the button must be pressed if Today doesn’t appear. One just has to hope the attack isn’t launched on a Sunday.’ Today is on air Monday to Saturday.

Hard to feel sorry for Boris Johnson who protested in an interview that he struggles to get by on his Cabinet minister’s salary with five children.

His wife is a high-earning barrister and, in addition to his £141,000 salary as Foreign Secretary and grace-and-favour home, he received £97,000 last year in book royalties.

His combined earnings of £238,000 are almost nine times the national average.

Next time Shadow Chancellor John McDonnell complains about penny-pinching by the Government he should have a word with his Tory-run local authority Hillingdon Council.

The lobbyists Back Heathrow discovered through a Freedom of Information request that in the past year Hillingdon spent £215,000 on legal fees opposing expansion of the airport – the borough’s largest employer.

During the same period it cut £215,000 from the children’s services budget. 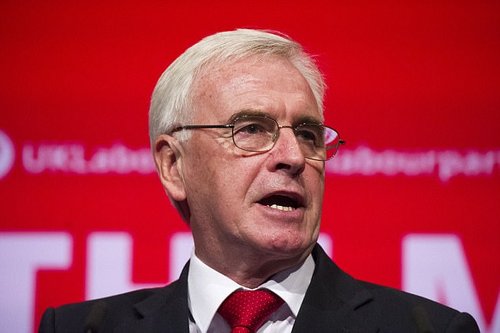 Labour MP Keith Vaz has always been a toxic figure to some of his fellow MPs.

Quite literally now, I hear. One or two party members are still recovering from food poisoning they suspect they picked up nearly two weeks ago at his Diversity party during the Labour conference.