More than 100 hippos have died in Namibia after they are believed to have contracted anthrax.

Rangers at Bwabwata National Park say 109 of the animals have perished since Sunday last week as pictures show dozens of bloated bodies floating in murky water.

While the exact cause of the deaths is not clear, workers believe it could be down to an anthrax outbreak, which is caused by bacterial spores that occur naturally. 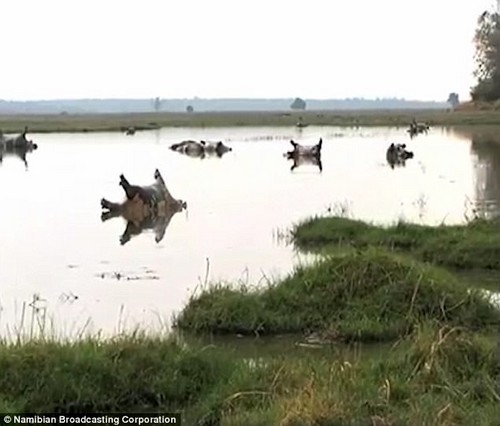 Apollinaris Kannyinga, parks deputy director of the north-east regions, told The Namibian that such outbreaks are not uncommon.

They usually occur when waters in the Kavango River, where a large number of bodies have been found, are running low, he added.

Veterinarians still need to confirm the cause, and say the death toll could be higher because vultures and crocodiles have been eating the remains.

Government officials estimated that Namibia’s hippo population was around 1,300 before the mass death. 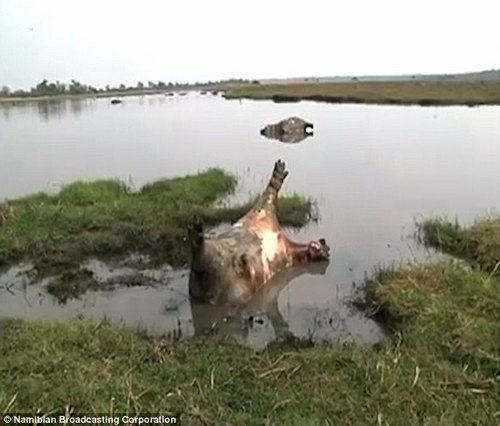 Anthrax is a disease which is caused when bacterial spores, which can survive in water or soil for years, enter the body and start producing toxins 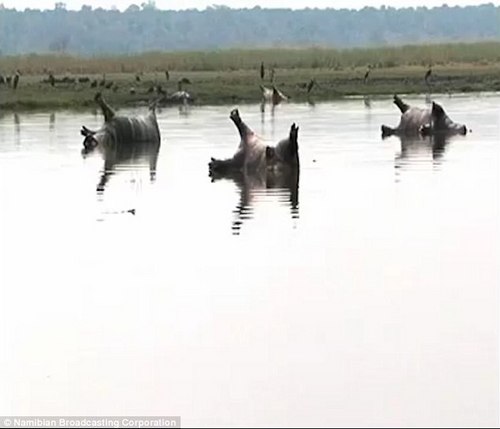 The minister added that he would be alarmed if there were any further hippo deaths at the national park which is one of the country’s foremost tourist attractions.

Several countries have weaponised anthrax and it was used in a string of high-profile poisoning cases in the US in 2001.

Five people died and a further 17 were poisoned after spores were mailed to newspaper offices and two Democrat senators.

Anthrax is the name of the disease caused by the spores of bacteria Bacillus anthracis and affects around 2,000 people per year, mostly in Africa.

The disease is more common in animals.

Anthrax can be contracted by touching, inhaling or swallowing the spores, which can lie dormant in water and soil for years.

Once inside the body they become active and start producing toxins, which cause the disease.

Symptoms range from blisters to shortness of breath or diarrhea depending on how it enters the body.

The vast majority of cases are caused by skin contact. This is the least deadly form of the disease, with around 75 per cent of patients surviving even without treatment.

If inhaled the spores are far deadlier, with only 20 per cent of people surviving, even if they get medical help.

Source: US Centers for Disease Control