If you are ever having a bad day at work, just be thankful you’re not the person who is called upon to solve a problem like the burgeoning ‘fatberg’ crisis in London.

A team of experts at Thames Water are currently doing just that after discovering two gigantic blockages in the city’s sewers.

An investigation carried out by the organisation has found nine in 10 restaurants and takeaways in London are feeding clotting bergs by letting grease, oil and scraps slide down their waste systems.

The company, which spends around £1 million per month cleaning sewers, called the findings ‘staggering’.

On Whitechapel Road, where a 130-tonne blockage was recently discovered, no restaurants had a working grease-trap, it said. 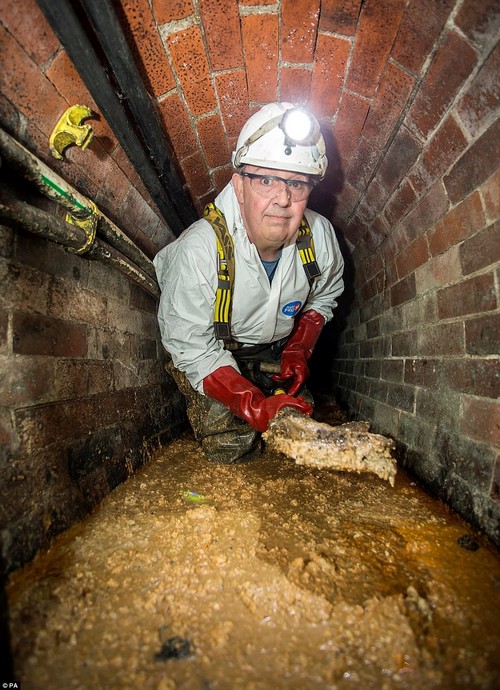 Nine in 10 restaurants and takeaways in London are feeding sewer-clotting ‘fatbergs’ by letting grease, oil and scraps slide down their waste systems. Pictured above, a Thames Water worker wades in the sewers 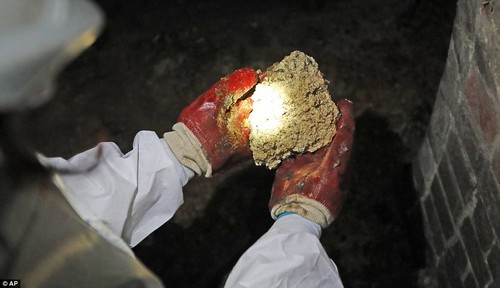 Thames Water is campaigning to make people aware of the damage caused by fatbergs, by encouraging people to dispose of their sanitary products properly

Sewer network manager Stephen Pattenden said: ‘We’re not suggesting anyone intentionally pours the contents of a fat fryer down the drain, but it’s more about the gunk that comes from dirty plates, pots and pans.

A simple, well maintained grease-trap will capture that stuff and stop it entering the sewer and turning into a monster fatberg.

‘We’ve been welcomed with open arms by many food outlets who regularly spend hundreds of pounds clearing internal blockages.

‘They were delighted when our experts told them how to prevent it.’

Restaurants which do not have proper systems in place will be visited again in several months, facing prosecution if they fail to make required changes.

Fatbergs are caused by oil, fat and grease merging with wet wipes, condoms, and other unflushables, accumulating into vast blockages.

Thames Water said it was funding a PhD student to study the fatty formations, including looking at ways to turn the waste into renewable energy.

Sewer network manager Stephen Pattenden said: ‘We’re not suggesting anyone intentionally pours the contents of a fat fryer down the drain, but it’s more about the gunk that comes from dirty plates, pots and pans’

GROWING PROBLEM: HOW GIANT FATBERGS OF WASTE ARE COSTING THE PUBLIC MILLIONS OF POUNDS TO CLEAR

Fatbergs – congealed fat which clumps together with other waste products to form concrete-style blocks – are becoming increasingly problematic in sewers across the UK, particularly in London.

The capital’s largest ever recorded fatberg, weighing in at 15 tonnes, was found in Kingston in August 2013.

And in 2015 workers spent four days removing a fatberg the length of a jumbo jet from a sewer in Shepherd’s Bush. 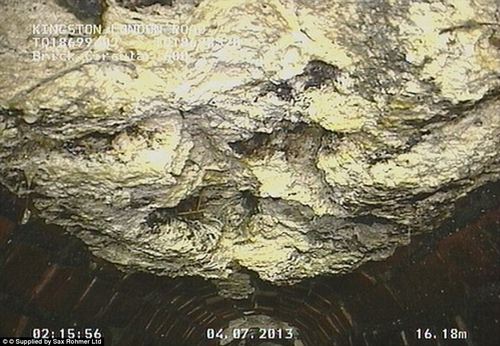 Among the most common causes of drain blockages are make-up and nappy wipes, fat and grease, chewing gum, dental floss, plasters and building debris.

Staff from Thames Water usually use powerful suction equipment to break down the blockages and then high-powered water jets to clear the tunnels.

The company spends approximately £1million a month clearing fatbergs and blockages, dealing with 55,000 of them every year. It is a similar story for other water companies across the UK.

South Korean Investors are Trading Bitcoin on a High Premium