Price action was relatively calm overnight, with XRP/USD hovering around 0.2363 for a total market cap of $9.7 billion. That’s enough for fourth place on the global leader board. Twenty-four hour transaction volumes topped $266 million, with South Korean exchanges driving nearly half of total turnover.

Ripple’s price surge has moderated this week, but all signs are pointing to a sharp acceleration in demand as hedge funds and institutional traders pivot toward cryptocurrency. And as we all know, the XRP token has favorable characteristics that could resonate within institutional circles.

The XRP/USD was in consolidation mode Friday after a volatile week. Between Tuesday and Thursday, prices fell more than 20% to reach their lowest levels in two weeks.

XRP broke out earlier this month as cryptocurrencies added tens of billions to their collective market cap. Prices briefly traded above 0.2800 earlier this week before correcting sharply lower. That was the second time in as many weeks that prices broke through that threshold. 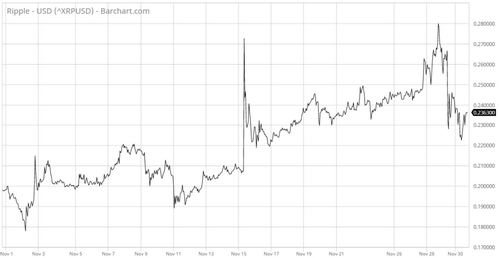 Despite a recent string of heavy declines, Ripple prices remain in a general uptrend above the key support threshold near 0.2250. However, the case for Ripple’s breakout extends far beyond the immediate technical indicators.

Earlier this week, TechCrunch founder Michael Arrington announced the creation of a $100 million cryptocurrency hedge fund that will also hold stake in token sales. He recently tole Fortune that the fund would invest primarily in cryptocurrencies (no matter how exotic) as well as initial coin offerings (ICOs).

The new entity is called Arrington XRP Capital due to the requirement that all limited partners make investments in Ripple cryptocurrency. The hedge fund will also use the XRP token to pay distributions, fees and salaries.

According to Arrington’s blog, the hedge fund has commitments for over $50 million so far. He adds that Ripple was the natural choice to underpin the fund due to its “super-fast and secure settlement infrastructure.” This essentially means that “non-U.S. investors in our fund will have an easier time investing in us and making redemptions easier.”

Arrington’s initiative is more important than most care to realize. Although there is no shortage of institutional interest in cryptocurrency, the XRP hedge fund will be the first to be denominated in cryptocurrency rather than fiat money. We’ve seen with bitcoin what institutional demand can do for a digital asset.

There’s plenty of reason to believe that Ripple is already on Wall Street’s watch list. As a bank-friendly digital asset, Ripple is frequently talked about at international conferences and within central bank circles. It is one of the few (perhaps only?) cryptocurrencies to have successfully added major banks to its client list.

Ripple is often viewed as a ‘centralized’ cryptocurrency because it operates as a shared liquidity pool where any person or entity can deposit and withdraw funds. Of course, many of its proponents do not see it that way, and instead argue that the platform does not limit anyone from participating. Naturally, the permanent ledger encoded on the Ripple network makes the entire process transparent and without the need for a central administrator.

Currently, the consensus on Ripple’s blockchain is controlled mostly by Ripple validators. This is expected to change in the future as validators assume a minority stake in the network. That being said, the XRP token is not controlled by any person or entity.

Though difficult to predict, the investment climate is expected to sway continuously in Ripple’s favor. All it takes is for a major U.S. exchange, like Coinbase, to add the cryptocurrency for prices to gain serious traction. 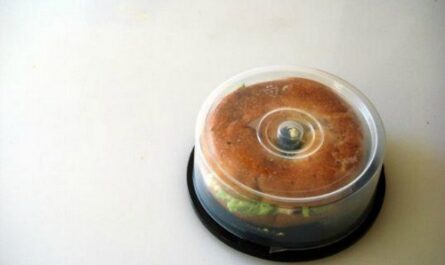 US Congress To Blockchain: Be My Valentine

One thought on “Ripple XRP: Poised for Another Breakout?”