Dominic Richardson, 23, and the mystery woman were caught on camera as they romped at Hackney Downs station

A psychology student who sparked outrage when he had drunken sex with a mystery woman on a railway platform was today given a 60-day drink ban.

Dominic Richardson, 23, and the woman were caught on camera as they romped at Hackney Downs station in east London for around 90 seconds.

Just moments later, they adjusted their clothes and hopped on the train.

The second year student at the University of East London confessed to police but added that it was out of character because he had ‘been drinking all day and night’.

Richardson told officers that he had not been socialising much with his friends and had been drinking substantial amounts of rum.

A member of the public recorded the display on her mobile phone and said she was ‘shocked’ and ‘outraged’ by what she had seen so early in the morning.

Richardson has previous convictions for drink driving, but not for ‘similar matters’.

British Transport Police have issued an appeal to try and trace the red-headed woman but are yet to find her.

They said today there has been no update in the investigation in ‘the Hackney Down incident’ and urged members of the public to come forward with information.

Footage of the couple went viral online, with images shared by thousands of Twitter users and uploaded to YouTube.

They were filmed by a woman as they stripped off for sex on August 26, Highbury Corner Magistrates’ Court heard.

Zara Khan, prosecuting, said: ‘A member of the public has recorded this on her mobile phone which shows an incident between the defendant and an unknown female.

A Tweet of the graphic video (above), posted yesterday at 1.20pm, has attracted more than 4,200 retweets – and hundreds of comments from disgusted viewers

‘They were having sexual intercourse on the platform. The lady that took the video footage said that she was shocked an outraged.

‘Certainly, the offence takes place early in the morning, there were members of the public in and around the location.

‘It was daylight and it was during the school holidays and on a route that takes you to Stansted Airport.

‘Subsequently Mr Richardson was arrested and he did make certain admissions in interview.

‘He said that he had been drinking that day. He said, ‘I have not really been drinking much recently but I have had too much, I was drinking all day and night.’

She added: ‘I can say that there is nothing similar on record. There is, however, some driving matters and that is driving while intoxicated.’

Davis Jones, defending Richardson, said: ‘He has obviously pleaded guilty from the outset and I would ask you to credit him.

‘He gave a full account to the police and an explanation. What he says today is that he is mortified and ashamed.

‘He does not seek to hide behind the fact that he was drunk but he simply seeks to use it as an explanation.’

Mr Jones said that Richardson was working 50-hour weeks on top of his university education and wanted to unwind over the bank holiday weekend.

He met the girl in a nearby pub and ‘bumped’ into her before they went to the train station.

A British Transport Police spokesman said: ‘We are investigating reports of a couple engaging in sexual activity on a platform at Hackney Downs station’. The copulating couple casually caught the train just moments after the incident

Mr Jones said: ‘He says that the area was not where he usually frequents. What has happened has happened and he accepted he took part in it.

‘He said it was unlike him and not something he has ever done before.’

Richardson only found out he was an internet sensation when his mother and friends informed him of the video circulating online.

Mr Jones continued: ‘Most people know of this matter.

‘He says that he cannot turn anywhere without people talking to him because of this moment of madness. Thankfully others were not there.’

Magistrate Linda Logan said: ‘We are going to give you a community order and an alcohol abstinence programme of 60 days.

‘That tag will be fitted with a piece of equipment but it can detect whether you have had any alcohol to drink.

‘You cannot drink alcohol for 60 days. If the tag goes off that will get reported back to the court and you may receive a different type of sentence.’

He was also ordered to pay £85 court costs and a victim surcharge of £85. 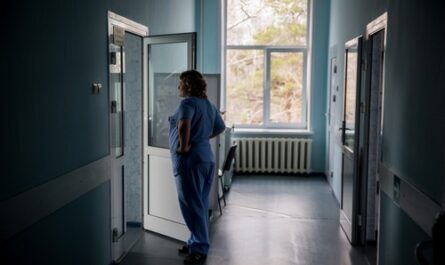 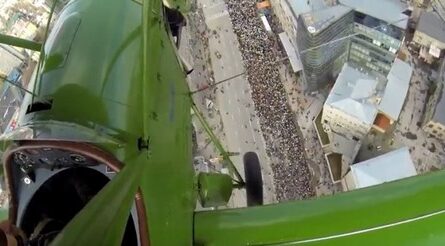