A BT customer was horrified when he came home from a ten-day holiday abroad to discover his phone had unwittingly racked up a £2,682 bill.

Arron Coles, 32, thought his work phone was connected to the hotel wifi in Egypt but failed to notice it had switched over to data roaming.

The software worker’s account was not frozen – and he simply received a text asking him to phone BT if he wanted to ensure he could keep using his phone, he claims.

Arron Coles, ,left, pictured with his partner Jana, ran up a massive phone bill after his phone continued to use data while in Egypt which is not part of the EU’s free mobile roaming deal

Mr Coles, from Taunton, Somerset, reckons BT should have limited his usage.

He claims when he threatened to involve the Financial Ombudsmen the company said they could revoke an offer to reduce the bill to £1,042.

Mr Coles, who enlisted the help of consumer website A Spokesman Said to fight the bill, said: ‘I had a really, really nice holiday with my partner and her family, but it has soured it to be honest.

‘I’m willing to be honest and admit it was a mistake to just put my phone to one side – and not check the mobile data was on – but I feel like they have seen it as an opportunity to make money.

‘I put the phone to one side and it must have disconnected from wifi. There must have been apps running in the background.’

‘They did not any attempt to contact me or my work to tell them of the severity of the bill.

‘I got one text – which I have since found out was sent when the bill was at £600 – asking me to get in touch to ensure my phone could still be used.

‘There was no suggestion or hint that the bill had become so large.

‘Why didn’t they block it? Surely there is nobody who would want to come back to that kind of bill.’

Mr Coles went on holiday with his partner Jana, 29, for a family wedding in her native Slovenia, before they travelled to Egypt, in August.

He connected to the hotel wifi, but when his internet session apparently expired, his phone disconnected and reverted to using mobile data.

It used data when his phone automatically updated applications – and he checked emails and news sites.

When he got home HR staff questioned him about ‘extra charges’ on this account after a bill for £2,085 arrived – and insisted he must reimburse the company in full.

Mr Coles says charge will force him to take out a loan or borrow money from friends and family for help.

‘I can’t afford that,’ he said. ‘It’s a fairly new job as well and it’s a work phone, which makes it even worse.’

BT said the best they could do was wipe some of the charge, to a total cost of £1042, Mr Coles claims.

Data roaming means connecting to the internet through a 3G or 4G mobile service that isn’t yours and outside the EU, there are no data roaming caps.

A spokesman for BT said: ‘The roaming charges that Mr Coles has been charged are from his time in Egypt between the 14th and 23rd of August.

‘When Mr Coles arrived in Egypt we sent him a text message to make him aware of the £4 per MB charge.

‘We sent this directly to his mobile and not to his company. On the same date however we also tried to call the company. As a goodwill gesture we’ve offered to reduce Mr Coles’ bill by 50 per cent.

‘We’re always disappointed when we cannot come to an agreement with a customer, but we follow the Ofcom process carefully to ensure the customer can refer the matter to the Telecommunication Ombudsman and we always abide by their conclusions.’ 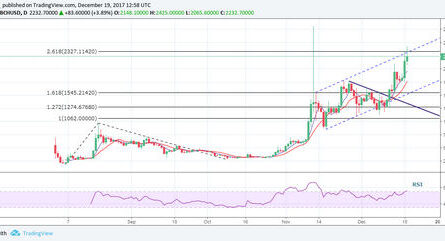 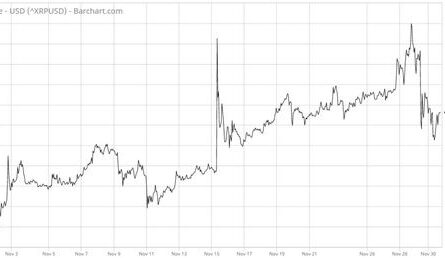 Ripple XRP: Poised for Another Breakout?