An ‘inspirational’ teacher was paralysed and died when he dived head first into shallow water while on holiday with friends, an inquest heard today.

Michael Orridge had run down the beach to the sea and leapt towards the water, when he realised how shallow it was.

Fearing he would break his arms, the 28-year-old moved them to his side but landed on his head, breaking his neck.

Teacher Michael Orridge, pictured, died while undergoing surgery to straighten his neck after he was paralysed after diving into shallow water while on holiday in Spain earlier this year

Portsmouth Coroners’ Court, Hampshire, heard doctors operated on Mr Orridge to straighten his neck, although they could not fix the paralysis.

However, during one of the procedures carried out at a hospital in Seville, Spain, complications caused his heart to stop.

When doctors gave him drugs to kick start his heart, it caused a haemorrhage in his brain which killed him.

Speaking after the hearing, Mr Orridge’s mother Lorraine said her son, from Fareham, Hampshire, had done more in his 28 years than many would do in their whole life.

She said: ‘Michael really just loved life and did not waste a single second.

‘He had recently changed careers and became a modern foreign languages teacher and had been working in south London.

‘He had found the career he loved.

‘When he was younger he had applied to join the Royal Navy and had passed the admiralty exam, but they were not hiring at the time.

‘Michael also applied to join the army as well, but they said they could not take him on because he had tinnitus.

‘He always wanted to serve and work in the public services.

‘We have been told that he was inspirational as a teacher – he did things a different way and his pupils really miss him.

‘Michael was very active, cycling was his first love – particularly in the Alps – and he always wanted to be the first to the bottom of the mountain.

‘He also started a golf society amongst his friends and they would play an annual competition each year.

‘They have now renamed the competition the Michael Orridge Cup in memory of him.

‘He had gone to Spain with colleagues and one reason was to try and improve his Spanish even more – which was one of the languages he taught.

‘That’s how he came to his death.

‘He ran from the beach and into the water, where he dived in head first, but it was too shallow and he landed on his head and was paralysed.

‘His friends raised £38,000 to try and bring him home, but he died before we were able to do that.

‘We did split the money, giving some to Bloodwise, who he had cycled for to raise money after his girlfriend Liz’s father died of blood cancer.

‘Some went to Canine Parts, because my husband Steve and I had already spoken about how we would need to get him a support dog when we got home.

‘And I chose the Big Kid Foundation, which helps children in the area of South London he had been teaching.

‘He always wanted to help and do his best for them and the charity help people who have come from difficult backgrounds.’

The inquest heard Mr Orridge had been conscious and talking when his parents arrived from the UK after his accident at Playa del Rompeculos on April 4 this year.

But after surgery was carried out to straighten his neck, he had a ventilation tube to help him breath.

On April 15, doctors told his parents that blood thinning drugs given to kickstart his heart during one procedure had caused a haemorrhage in his brain.

Mr Orridge’s father Stephen told the inquest his son had tried to stop himself breaking his arms when he dived into the water, but had ended up landing on his head.

He said: ‘Michael was conscious when we got to the hospital in Seville and was talking, although he had a big neckbrace on.

‘He said he had realised how shallow the water was after he dived and had tucked his arms down by his side to try and stop them being broken.

‘It was an automatic reaction he said, but that meant he landed on his head in the water.

‘He knew he was paralysed straight away and thought he was going to die there in the water because he wasn’t sure his friends had seen what had happened.

‘But they were able to drag him from the water before he drowned.’

‘He was working as a modern foreign languages teacher, and was well-respected and inspirational.

‘He enjoyed an active life and went on holiday with colleagues to Seville in Spain.

‘He died after he dived into sea, it was shallow water which he realised and moved his arms aside but hit his head.

‘He was taken to hospital and was stable for a while but his condition deteriorated and he died.

‘The cause of death was spinal trauma and massive cerebral trauma.

‘I am recording a conclusion of accidental death.’ 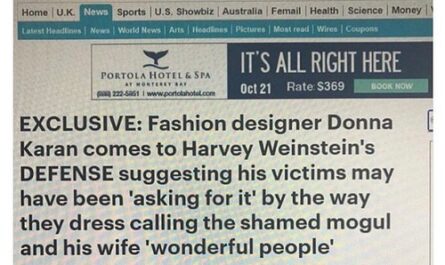 In CPAC speech, Trump baldly goes where no president has gone before