Jeremy Corbyn has said any new peers appointed by his party must support Labour’s position of abolishing the House of Lords if ever offered a parliamentary vote on its future.

The Labour leader, a long-time advocate of replacing the upper house with an elected chamber, has already made the pledge a condition for the appointment of three new peers announced on Friday.

Appointments to the House of Lords

Can the government create peers at any time?

The government can create new peers whenever it likes. But there are a few conventions, agreed between all the parties, and all nominations for a peerage have to be approved. Tax dodging and criminal convictions usually rule out appointment. Outgoing prime ministers often reward old chums with a peerage. Occasionally an MP is propelled into the Lords to create a spare seat in the Commons. By recent custom, peers are created without shifting the balance of power from no overall control.

Is there a limit?

No, and famously the Lords is the second biggest legislative chamber after China’s national people’s congress. It has 750 members, of whom 150 or so inherited their titles. When one dies there is an election among other hereditaries in the same party. When the Lib Dem peer Lord Avebury died, an electorate of three voted for his successor. Efforts at shrinking it have led to a retirement scheme but not much else.

What are the alternatives?

Most democratic countries have an elected second chamber, if they have a second chamber at all. Some have a mix of appointed and elected. Efforts to reform the house of lords have foundered on disagreement on questions of scale – how big, what proportion should be elected and on what basis – first past the post, single transferable vote, alternative vote … a fresh start would make almost anything possible.  One idea gaining traction is that it should represent the United Kingdom, bringing together England, Scotland, northern Ireland and Wales in a kind of federal body. But the most contentious question is always whether an elected second chamber would have more powers, which would weaken the House of Commons

The trio of new peers, former Labour party general secretary Iain McNicol, campaigner Martha Osamor and socialist writer Pauline Bryan, have all signed up to the principle of replacing the Lords with a new, more democratic model.

Senior Labour figures suggested the move was “well past overdue” and that transforming the House of Lords must take place to address the democratic deficit.

Corbyn said: “It is a democratic necessity to abolish the unelected and outdated House of Lords and replace it with an elected second chamber.

“We cannot continue to let political insiders, who the public can’t get rid of, have so much influence over our country’s laws. The next Labour government will renew our democracy and take power back from out-of-touch elites.”

Party insiders suggested that Corbyn had been reluctant to appoint any new peers but was concerned that Labour could be at a disadvantage as Theresa May unveiled nine of her own on the same day.

“While it exists, it is important that we have the strongest Labour voice there to make sure that the government is held to account and to make sure that Labour priorities are pushed as strongly as they can be,” the spokesman said.

One of those new peers, Bryan, wrote on a blog for the RedRobin website: “I was asked to accept a nomination on the basis that a) I would take it on as a job and work with the Labour team; b) that when the opportunity arose I would vote for its abolition. It was also important that I was from outside the London bubble.”

Corbyn has only nominated four people for Labour peerages since he became leader in 2016. Frontbencher Shami Chakrabarti was the only Labour peer to be named as part of David Cameron’s resignation honours.

He is the first recent Labour leader to make voting for abolition of the Lords a condition of a peer’s appointment.

His spokesman’s comments appear to go further than Labour’s manifesto, which said that while the party’s “fundamental” belief was that the second chamber should be elected, in the meantime it would seek to end the hereditary principle and reduce the size of the existing chamber.

Theresa May recently appointed nine new peers including former MPs and ministers, despite previously saying she was committed to “restraint” in handing them out.

At prime minister’s questions, the SNP’s Pete Wishart said the latest increase in the numbers of peers, bringing the total to more than 800, was “cynical” and a “complete fix” after the Tories lost 15 key Brexit votes in the House of Lords.

Labour also suffered a major rebellion when more than 80 of the party’s peers supported a plan, against the leadership’s will, to keep Britain in the single market.

However, May’s spokesman defended the announcement, which came on the eve of the royal wedding. “We have been clear that there should be restraint on new appointments in the Lords, combined with an increased cross-party take up of retirements,” he said.

“The prime minister has made clear that she will operate on the basis that there will no longer be an automatic entitlement of a peerage for any holder of high office in public life. The total size of the Lords has fallen since she took office.

“The nominations reflect our determination that the House of Lords should contain people from various walks of life but also people who have expertise that can add to the overall contribution the house makes. I think that’s reflected in the list of nominations that you saw last week.” 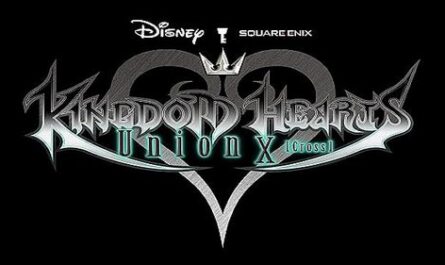 Bitcoin: The Return of The Volume