When a video of the Duchess of Sussex greeting the public surfaced this week, America’s greatest fear was confirmed: the duchess has gained a British accent. It’s a subtle difference, but one can detect a hint of the Queen’s English in the duchess’s intonation.

“You can hear some sounds changing, yes,” confirms speech and dialect coach John Fleming. “Some examples can be heard in her R sounds at the end of syllables. In recent clips, those Rs are lighter than the typical general American accent. She is also using the British English vowel normally heard in the word ‘thought’ in the phrase ‘We all had a nice day’, in the word ‘all’.” 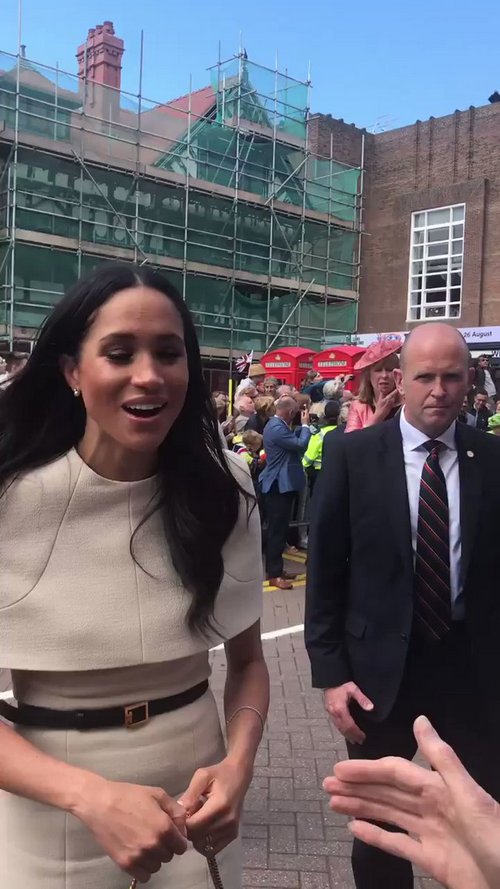 People changing accents is often criticised as a sign of inauthenticity. Madonna, for example, was ridiculed when she started talking like her former husband Guy Ritchie. But dialect coach Pamela Vanderway explains that a change in accent is unavoidable when you start life in a new country.

“It’s absolutely normal for a human being to take on the accent of the people around them when they want to belong to that group,” she tells me on the phone from Los Angeles. “Accents are one of the ways human beings identify as being part of a group. In Meghan’s situation, she is representing the royal family, so she’s part of England. So there’s a particular pull for her to take on that way of speaking and she may or may not be taking it on consciously.”

She says even the idea of a single royal enunciation is a misconception. “Prince Charles himself, if you look up his first television interview ever, his accent has changed,” she says. “Speech is a living thing. It’s not locked down.”

Which makes sense when you recall Lindsay Lohan’s bizarre new accent, debuted after spending time in Turkey, or Charlize Theron’s gradual shredding of her Afrikaans drawl. According to Vanderway, it’s a fast way to fit in or to declare: “I’m with my people.”

But that’s also why the recent duchess revelation has left those of us in North America puzzled as to her new dialect – we feel left behind. (Or maybe more specifically, “What, you think you’re better than me?”) “There’s very much of a cultural identity thing and what accents signify,” she says. “And then we have that other layer of experience, that if someone’s leaving our group and hear them change, we get nervous. My own mother acted like I smelled funny because I talked differently after college.”

Plus, there’s the matter of the duchess being a trained actor. “She likely has had to work in accents before, British or otherwise. This means that her mouth is a little bit more malleable, and so – in the same way that you might pick up a bit of southern US accent on a trip to Georgia – she has picked up some British English sounds after being immersed in the culture and surrounded by various UK accents.”

So even if the duchess begins to sound more British, it’s not a question of abandoning her California dialect, but more a willingness to adapt and to belong with her new family.

And that means we needn’t worry about the duchess rejecting us, because like us, she’s just learning to adapt.

“Do you know how many accents there are on the planet?” Vanderway asks me before we hang up. “Exactly as many people there are.”

Duterte fires VP from anti-drug post weeks after giving it