Bitcoin Press Release: Live concerts can be a thrilling experience, a chance for fans to see their favorite artists up close and in person. The resonating energy of a crowd and the feeling of exclusivity change the way fans absorb the music. As such, it’s no surprise that concert ticket sales account for a considerable percentage of overall music sales.

However, concerts are inherently localized-accessible only to people in a specific geographic location, or those willing to travel great distances. Even the most prolific artists struggle to perform at more than a few hundred locations in a single year. And fans in remote areas may never get the chance to see their favorite artist live.

These remote fans are just as willing to purchase concert tickets, but they can’t be expected to travel such distances. This desire to see their favorite artists perform live has driven several major advancements in the field of performance technology.

The closer technology can come to emulating the concert experience, the more fans will be willing to invest in it. Specifically, the inclusion of cryptocurrency as an additional payment option can ameliorate this pervasive issue.

Even going back a century, the advent of radio changed the face of music.

Concerts were no longer the only way to experience your favorite sounds; fans could suddenly listen to tunes from the comfort of their own home. Smaller artists could carve out their own air time and make a name for themselves-without needing a venue.

Naturally, television elevated this approach to the next level. To this day, live musical performances draw one of the biggest audiences on TV. High-profile pop stars on major networks can still snag major ratings, even in the information era, where YouTube and other streaming services are widely available. 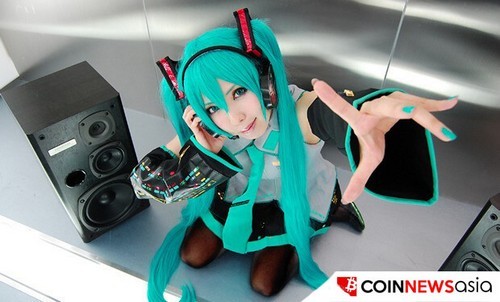 At present, we are witnessing the next generation of technology emerging to the forefront. Proprietary “holographic” technology allows for a full concert experience without requiring the artist’s presence. For some timeless artists, this has resulted in concert appearances even posthumously; Tupac, Michael Jackson, and Prince have all “performed” again-albeit to a limited capacity-since their passing.

In Japan, they’ve created a completely virtual artist. Using holographic technology, the ‘Vocaloid’ Hatsune Miku performs live on stage – despite every aspect of her character being digital. Her songs are created using advanced vocal software and her appearance is crafted through 3D modeling. Hugely popular in her home country, Miku has even gained global acclaim – performing ‘live’ across the world.

ALSO READ:  Solarcoin: Asian Cities Should Do More for Themselves with Crypto

Virtual reality (VR) is now offering a different approach: For fans to “attend” a concert, as if they were physically present.

VR offers anyone around the world the opportunity to view something from the perspective of another individual. Thrilling remote (and even dangerous) locations can be made safe, secure, and available to the viewer in the comfort of their own home. 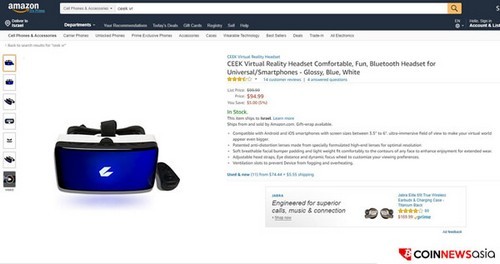 Once available only to affluent early adopters, VR headsets are now reasonably priced and widely available. This has created an opportunity for fans to strap on a headset and feel as if they are present at the concert. Because CEEK VR recognizes this value, the company has developed an affordable VR headset designed to offer just this type of immersive experience.

CEEK leverages advancing technology to provide the most dynamic VR environment possible. Where physical concertgoers are restricted to a handful of viewpoints at most, the virtual concertgoer can have as many viewpoints as desired.

They can see the concert from the stage itself, ideally seated in the front row or lounging in a backseat. The choice is up to the user.

The concert can even be augmented-things that could never be possible in real life are easily incorporated into VR. Computer-generated stages, backgrounds, and dazzling effects.

All of this is possible because CEEK has established partnerships with industry-leading content providers. The Universal Music Group, the management group for music superstars such as Lady Gaga, U2, World of Dance and Katy Perry, collaborates with CEEK to create virtual worlds for their artists to perform in.

A Virtual Currency for a Virtual World

Despite CEEK being well established in the VR industry, it is currently integrating an additional emerging technology. To power its virtual world, CEEK is creating a blockchain platform to bring cryptocurrency to its CEEK CITY users.

CEEK CITY is a virtual space that boasts life-like concert venues, sports arenas and traditional theaters. Unlike traditional venues, however, CEEK CITY is available to fans worldwide, even in the remotest Internet-poor regions across the globe. 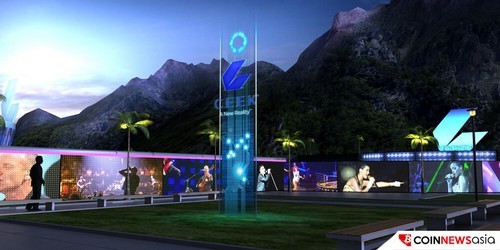 The new CEEK tokens will be used to purchase virtual concert tickets and merchandise, as well as for voting rights. Users who hold CEEK tokens can use the currency to vote for specific content-creating an interactive, user-driven experience inside the virtual world. Imagine a concert where users can vote on which song the band will play next, or which artist will be included on the platform.

CEEK also offers a way for artists to mint their own currency within the blockchain. This individually branded token can be used for digital merchandise, concert tickets, and promotions pertaining solely to the artist.  Smart leveraging of this ability could secure major gains for such artists, as well as for their crucial fan base.

Early adopters often reap the benefits of emerging technology, as long as they can create a product their target consumers genuinely want. Not only has CEEK managed to bring affordable virtual concerts directly into the home of the average consumer, the company is now in a position to offer blockchain technology to the same target market.

The Future of Concerts

While some aspects of VR technology have been available since the 1990s, we are only now witnessing the real advancements that are necessary for its success. It has undergone revolutionary changes, from being a stationary, commercial gimmick to becoming a widespread household technology.

CEEK, at the forefront of this technological wave, delivers the concert experience to fans directly inside of their own home. Considering the blowout success of the annual Super Bowl Halftime Show, unique live concert experiences undoubtedly remain a major profit-driving sector. CEEK is taking the surefire approach to establish itself as an early adopter and industry leader, by providing its users with high value content in this novel way.

For more information on press releases, please do contact us at info@coinnewsasia.com or use our contact form.