On the World at One Frank Field, the Labour chair of the Commons work and pensions committee, accused Esther McVey of “Trumpism”. Referring to the NAO letter (see 10.35am), he said:

I’ve never seen a letter from the National Audit Office like this before in the 40 years I’ve been in parliament. It’s clearly a call to end this Trumpism in British politics when you think you can stand up and say anything about what any other people have actually said.

Jeremy Corbyn has called for a bank holiday if England wins the World Cup. His spokesman told journalists:

We don’t want to get ahead of ourselves, but I think it is the case that Jeremy believes that if England were to win the World Cup there should be a public bank holiday in celebration.

The World Cup is a very special international competition. It’s something that brings people together on a very large scale and we need recognition of that and recognition of the importance of football in the country.

Any such bank holiday should cover the whole of the UK, not just England, the spokesman added.

Owen Paterson, the Conservative Brexiter and former cabinet minister, has said that the new customs plan being considered by ministers, the third one that emerged on Monday, sounds like little more than a rebrand” of the “unacceptable” customs partnership model which would see the UK collect duties on behalf of the EU. He said:

We cannot deliver any of the economic benefits of Brexit without leaving the customs union cleanly and completely, freeing ourselves to forge our own trade relationships with friends and allies across the world and committing to the principles of free trade.

The Conservative manifesto at the last general election – which secured the most votes of any party since 1992 – was unambiguously clear: ‘As we leave the European Union, we will no longer be members of the single market or customs union’.

For the good of every citizen in the country, that promise must now be delivered.

A further meeting of the government’s Cobra emergencies committee will be held at official level on Wednesday evening to hear updates on the situation in Amesbury, Downing Street said.

As the BBC reports, the former MP Adam Price and Rhun ap Iorwerth are to challenge Leanne Wood for the leadership of Plaid Cymru. Both are now members of the Welsh assembly.

Following the recommendation of the assembly group to invite members to discuss a future leadership model, and the subsequent positive reaction from Leanne Wood, teams for both I and Leanne negotiated throughout the day, in good faith, to reach a way forward which recognised the need for change and avoid the need to challenge.

My proposal for a new leadership model a co-leader plan was a sincere and creative attempt to inject a fresh dynamic into the team. I believe it remains a practical and progressive way forward and it could have made a traditional contest avoidable. However, media statements soon indicated the negotiations were being undermined.

So we must park the proposal for the time being and revert to established procedure.

But we cannot put off the irresistible call for defining change. Change in the way we frame our politics; the projection of who we are, what we stand for, what we have fought long and hard for and what’s ultimately important to us. The areas where we will not compromise; the places where we can work with partners.

And here is a statement from ap Iorwerth.

A few weeks ago, Leanne invited a debate on the leadership of Plaid Cymru – the party of Wales, a debate that could lead to reaffirming her leadership or starting a new chapter in the history of the party.

Since then there’s been much discussion about the merits of such a debate. Supporters and members of the party from all parts of Wales – from the south Wales valleys to the north and mid-Wales, from the west to Cardiff – have encouraged me to allow my name to go forward. That encouragement has come from people at all elected levels, but mainly from ordinary party members, including some who, I’m quite sure, will back Leanne!

And that’s the point – this should be a constructive debate, a positive one that can energise the party and the country, and it’s in THAT spirit that I am accepting the nominations. And in the spirit of real excitement and passion about the future of our country.

Following Ian Blackford’s questions at PMQs about the origin of money going to the Tories from the Scottish Unionist Association Trust (see 2.16pm), the trust has issued a response of sorts. These are from the BBC’s Nick Eardley. 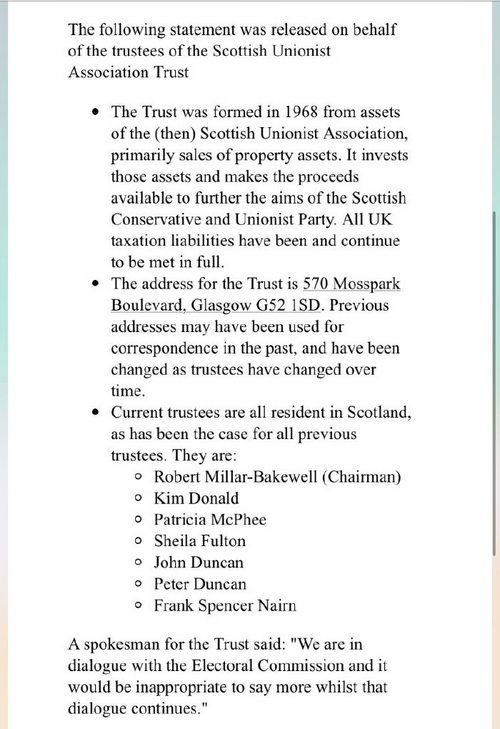 The Scottish Unionist Association Trust has contacted the BBC with the following re donations pic.twitter.com/MFzSITjW94

Key points; SUAT says its money comes from investments based on historical asset sales; it names trustees; but isn’t denying at the moment claims it may have contravened Electoral Commission ruleshttps://t.co/RDursTjQVX

Penny Mordaunt, the international development secretary, was applauded by MPs as she become the first minister to use sign language in parliament. As the Press Association reports, MPs clapped after Mordaunt spoke as well as signed at the Commons despatch box in answer to a question during her department’s oral questions. In response to a question from Tory Bob Stewart, Mordaunt said and signed:

Mr Speaker, on the 24th July we will hold a global disability conference here in London organised by the UK government, by the Kenya government and by the International Disability Alliance.

For too long in the world’s poorest countries, disabled people have not been able to reach their full potential because of stigma or not enough practical support. I am proud to be focused on this area which has been neglected for too long.

The conference will support the global effort to advance disability inclusion for some countries’ most most vulnerable people.

According to Sky’s Faisal Islam, pro-European Conservatives are now meeting the prime minister, following the Brexiters’ meeting with the chief whip this morning. (See 1.15pm and 1.55pm.)

So the ERG Tory Brexiter had a meeting with the Chief Whip this morning – I’m told the PM is now meeting with the other side – the Conservative Group for Europe MPs in the Commons. Some suggestion they might be asked to drop customs union amendment to Trade Bill…

Given the balance of power in the party, this time they’ll need a smaller room.

Jeremy Corbyn’s decision to focus on bus issues at PMQs came as a surprise and opinion is divided as to whether or not this was a good idea. (See 1.24pm.)

But if you want to know why Corbyn raised the topic, this table probably helps to explain things. It is from a Hansard Society book about the last election, Britain Votes 2017, and (bear with me) it shows “correlation coefficients measuring the associations between the shares of the vote obtained by the parties in constituencies and the usual range of social and demographic variables”.

Put simply, the higher the number, the greater the link between this factor and the chances of people in the constituency voting for said party.

In the past class was the big dividing line in British politics but these figures confirm that this is no longer the case. Places with lots of manual workers are more Labour (0.36) and places with lots of professional/managerial workers are more Conservative (0.30), but the correlation is low. Age is a much more significant factor now in determining how people will vote.

But the single factor that most seems to drive people towards voting Labour is not class, or age, or ethnicity, or even being a renter rather than a owner occupier. It’s not having a car.

So arguably today was about Corbyn raising Labour’s number one core vote issue.

Link between constituency profile and parties share of the vote Photograph: Britain Votes 2017

At PMQs Ian Blackford, the SNP leader at Westminster, asked Theresa May to launch an investigation into donations made by the Scottish Unionist Association Trust to the Tories north of the border. That question was prompted by this investigation by the Ferret website. As the Press Association reports, details from the Electoral Commission show the trust has donated £318,876 to the party between 2001 and 2018.

The Conservatives are systematically shielding their donations from public scrutiny, Jackson Carlaw MSP for Eastwood, David Duguid and Ross Thomson have all accepted donations from the Scottish Unionist Association Trust.

The trust has donated £319,000 to the Scottish Conservatives, yet there is no information available about who the people are who currently manage the trust, no public accounts indicate who its donors are or what assets it holds.

I’m now giving the prime minister the chance to tell us what checks the Scottish Tory party had in place before accepting such large donations and will she investigate the links between the Conservative Party and the trust and promise to publish a list of all donations and donors?

Michael Gove, the environment secretary, was originally meant to be giving evidence to the Commons European scrutiny committee this afternoon. But that session has been cancelled. Gove is currently giving a statement to MPs about fishing.

Earlier my colleague Peter Walker posted on the combative interview with ConservativeHome given by the Tory Brexiter Andrea Jenkyns. (See 10.59am.) To drive home her point, Jenkyns has been tweeting about it.

My interview on @ConHome with @AndrewGimson
…Prime Ministers keep their jobs who keep their promises,” and there will be a “catastrophic” loss of faith in the Conservative Party if it breaks its word on Brexit. https://t.co/jobV34jDVr

Cabinet #Brexiters please stand up for the 17.4 million people who voted to leave. We are relying on you. We know some of you want to be the future Party Leader. Please show your steel on Friday. @BorisJohnson @michaelgove @PennyMordaunt @LiamFox @andrealeadsom Chris Grayling

Jenkyns is the MP who released an open letter to Theresa May at the weekend, signed by herself and more than 30 colleagues, saying Brexit would be unacceptable if it breached any of eight specified red lines.

It used to be the European Research Group that released letters like this. Maybe Jenkyns sees herself as continuity ERG?

Andrea Jenkyns on the night of her election as MP for Morley and Outwood in 2015. Photograph: Craig Brough/REUTERS 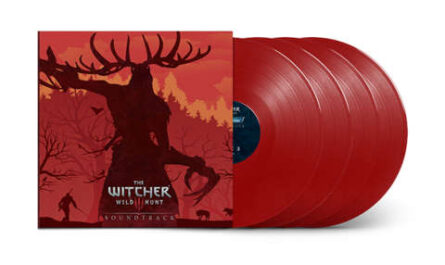 Corbyn rejects claims he would push for unified Ireland as PM