Eight fire engines and 58 firefighters have brought a large fire in a tower block in east London under control without anyone being harmed.

Half of a 12th floor flat on Wellington Way, Mile End, was alight but fire crews managed to contain the blaze and prevent it from spreading.

About 40 people left the building before firefighters arrived. The cause of the blaze was being investigated and it was unclear whether anyone would need to be rehoused.

Footage posted on social media showed smoke and flames billowing from the windows of the flat as firefighters used an aerial ladder platform. 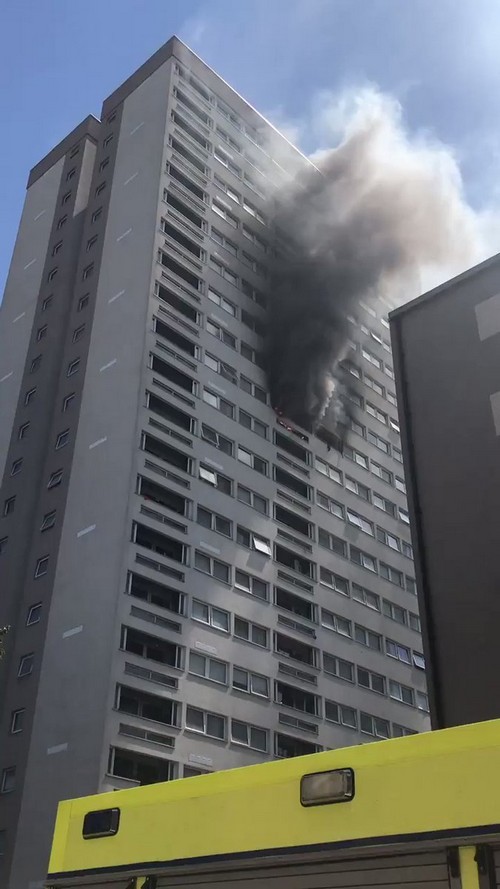 Smoke was visible from across the city as firefighters battled the blaze from about 12.30pm, after more than 90 calls relating to the fire, until it was brought under control by 1.50pm.

East End Homes, the housing association responsible for the block, said there were no injuries and all residents had been safely evacuated.

A spokeswoman said: “Everybody is safe; some residents have gone to a nearby community centre where they are getting support and refreshments.”

Tower Hamlets council said it would provide support to residents. 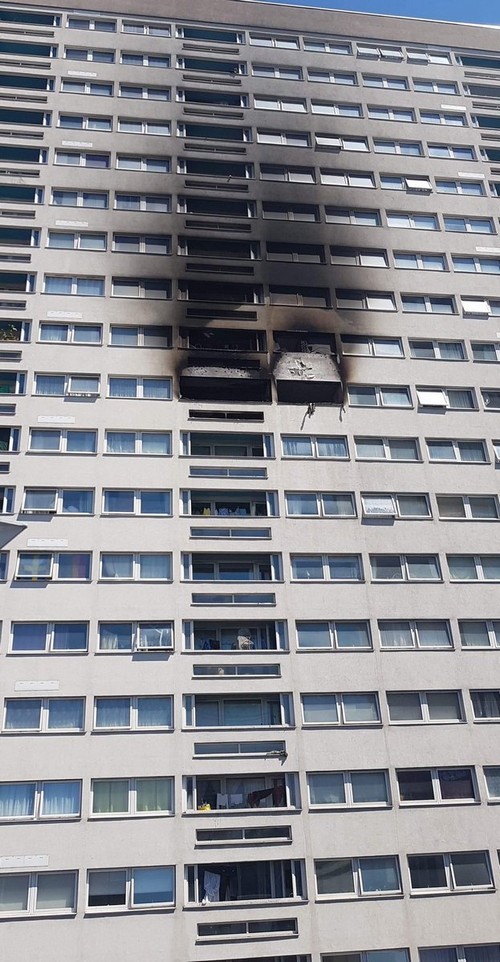 A London ambulance service spokeswoman said it had assessed three people at the scene but did not take them to hospital.

Muhbeen Hussain had been at the scene of the fire and tweeted: “There is a Tower Block in Mile End, London on fire. Fire fighters are attending to it. Pray that everyone is getting out safe. Emergency services are attending but the fire seems to be very much ablaze.”

Jagmail Singh, who works at a nearby convenience store, told the Standard: “Someone came running in the shop saying there was a fire across the road. I called the fire brigade straight away but they said they’d already received lots of calls on it. The road is still closed off with the police at the moment.”