Libya’s oil industry – the sole reliable source of revenue for the strife-torn country – has been plunged into chaos after its United Nations-recognised government was forced to urge the UN to block any sales from its main oil terminals.

The key terminals in the east of the country were captured from local militias last week by the so-called Libyan National Army, headed by strongman Khalifa Haftar. But on Tuesday Haftar announced his forces would send the revenues to a rival oil corporation in the country’s east rather than the UN-recognised National Oil Corporation (NOC).

Haftar won control of the key oil terminals in the Gulf of Sirte from militia last week after 10 days of fierce fighting that left more than 300 people dead.

The transfer of the ports, including Libya’s biggest, Es Sider, threatens to unsettle markets as purchasers are left struggling to identify legitimate Libyan traders.

Haftar, the dominant figure on the east of the country, clearly feels he will benefit if the Tripoli-based government of national accord is starved of oil revenue. His decision threatens to deepen divisions between the east and west of the country, and makes it hard for oil firms to know who to deal with.

The clash will also complicate efforts by European leaders to reach agreements with Libya on controlling the flow of migrants through the country.

The current populist surge in Europe has largely been fuelled by the three years of migration from Africa to Italy. The absence of political unity in Libya has made it easier for the traffickers to operate in the country.

Why is Libya in chaos?

What happened after the Libyan revolution?

Muammar Gaddafi was ousted as president in 2011 after more than 40 years in power. But deep division between his supporters and adversaries persisted. An internationally recognised National Transitional Council took over, but quickly succumbed to schism, particularly between east and west.

How did things get so chaotic?

A General National Congress was elected in 2012 and established itself in Tripoli. But when a national parliament was elected in 2014, the GNC refused to accept the result; the new body had to install itself in the eastern city of Tobruk. Libya now effectively had two governments – the former buttressed by Islamist militias in its Tripoli stronghold, the latter supported by Khalifa Haftar, a renegade army colonel now head of the armed forces.

What about the international community?

Libya has become too unsafe for diplomats and most aid workers. The UN pulled its staff out in 2014 and foreign embassies followed suit. Tripoli international airport is largely destroyed by fighting.

Where has this left Libya?

The conflict has killed 5,000, ruined the economy, driven half a million from their homes and trapped hundreds of thousands of migrants seeking to get north to Europe in a nightmarish network of brutal camps. Diplomatic attempts at reconciliation have proven fruitless thus far.

Despite the turmoil, the Libyan National Oil Corporation, headed by Mustafa Sanalla, had managed to remain largely above the political fray, and gradually brought production back up to nearly 1m barrels per day – helping to finance the UN-recognised government which controls the west of the country.

Outside governments are divided over whether to back Haftar – whose LNA is a coalition of military unites and local militias – or the Tripoli-based government of national accord, which is recognised by the UN. Many had hoped that presidential elections scheduled for December might bring about reconciliation.

The Tripoli government said: “Handing over oil terminals to an illegitimate entity only exacerbates the division.”

Sanalla said: “UN security council resolutions are very clear; oil facilities, production, and exports must remain under the exclusive control of NOC and the sole oversight of the government of national accord. We are confident that the GNA and our international partners will take the necessary steps to stop all exports in breach of international law.”

A member of the LNA firing his weapon during clashes to take control of oil terminals this week. Photograph: Reuters

He added: “Libyans want a country of laws, not of guns. Instead of defending the rule of law in Libya by handing the Gulf of Sirte ports over to the operational control of the legitimate and internationally recognised NOC, the Libyan National Army has decided to put itself above the law.”

Leaders from east and west of the country had met in Paris to agree a timetable to stage elections this December, but Sanalla said “the LNA has turned its back on the Paris accords and on the path to peace”.

Sanalla also said it would sue any company that tried to buy oil from the eastern authorities and that no purchase contract signed with them would be honoured.

Claudia Gazzini, the Crisis Group’s senior Libya analyst, said that Haftar’s decision not to hand over the oil terminals to the NOC could reignite wider conflict in Libya. 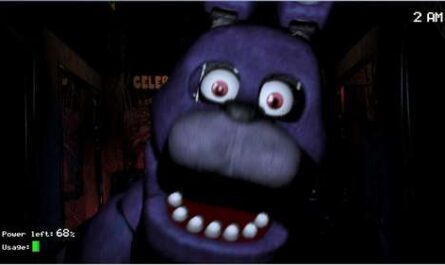