The Guardian has revealed that paramedics gave Charlie Rowley a drug to counter novichok poisoning when he fell ill at his flat in Amesbury on Saturday 30 June last year. 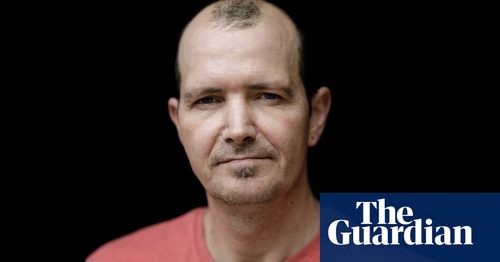 Concerns have been raised about the response to the second Wiltshire novichok poisonings after it emerged that one of the victims was treated for the effects of the nerve agent three days before a major incident was declared.

It was only after that delay that some scenes that could have been contaminated with novichok were sealed off, potentially meaning more people could have been exposed to danger.

Despite the actions of the paramedics, police worked on the theory that Rowley and his partner, Dawn Sturgess, who later died, had collapsed after taking heroin or crack cocaine from a contaminated batch. It was not until overnight on the following Tuesday/Wednesday that a major incident was announced.

Dawn’s father, Stan Sturgess, said he felt there was a delay in getting out the correct information about what had happened to his daughter and Rowley.

“I have some concern that the right information wasn’t put out there more quickly,” he told the Guardian. “The police said it was a bad batch of drugs. I feel they should have done more about it and looked into it in more depth.

“The paramedics thought it was novichok. The hospital had an inkling, I think, but the police didn’t seem to want to let it out there straight away. Why did they think it was a bad batch of heroin if paramedics were flagging up it as novichok?”

The new detail about how Rowley was treated emerged in an exclusive interview with South West ambulance service foundation trust (SWASFT).

It revealed that a lead paramedic involved in the response when the former Russian spy Sergei Skripal and his daughter fell ill in Salisbury in March last year was also on duty on 30 June when Sturgess and Rowley collapsed.

Sturgess was the first to fall critically ill after spraying herself with what she believed was perfume. The paramedics who tended to her that morning had no reason to think she could have been poisoned with novichok.

But when later that day Rowley also fell ill, the lead paramedic suspected novichok poisoning and he was given the anti-nerve agent drug, the first time it had been administered to a patient in the UK. SWASFT believes this saved Rowley’s life.

Stan Sturgess believes his daughter was treated well by the paramedics and Salisbury district hospital, where she died on 8 July last year. “I don’t think they could have saved Dawn,” he said.

But he questioned why, until the Guardian’s revelations, it had not been known how soon paramedics suspected novichok. “Why wasn’t it put out there, about the antidote, why didn’t they get that out earlier? Why was it held back? That doesn’t feel like in the best interests of the public. Some questions are confidential but I think that should have been out there.”

The theory that both Sturgess and Rowley had been poisoned by contaminated recreational drugs has long seemed flawed. Rowley did have struggles with drug issues but Sturgess’s friends and family always maintained she never took drugs.

Previously, police have said experts from the government’s defence science and technology laboratory at Porton Down were brought in after doctors became puzzled at Sturgess and Rowley’s reaction to treatment.

By the evening of Tuesday 3 July, the scientists had told police they were “75% certain” the two had been poisoned with novichok, and a major incident was declared soon after.

It was not until 4 July that some areas visited by Rowley after he was poisoned, such as a Baptist church in Amesbury, were cordoned off. It was only on Thursday 5 July that police evacuated the hostel in Salisbury where Sturgess lived, John Baker House.

‘Bloodbath’: Dozens of protesters killed as a army deploys south

The police and public health officials maintain they had to follow the evidence and intelligence before taking action.

Public Health England has pointed out that Rowley’s flat was sealed off and so contained and insist that any safety measures they needed to put in place for the wider public were not dependent on a major incident being declared. It has not said whether any actions were taken before 3/4 July.

Wiltshire police insisted that public safety had been its main priority. A spokesman said: “At the time of the second novichok incident in Amesbury, the circumstances and information initially available led us to believe it was linked to a batch of contaminated drugs.

“It was only when further tests on the patients were conducted that concerns were raised about the nature of the substance they had been exposed to and a major incident was declared. At every stage, the safety of the public was our number one priority and we acted swiftly when new medical information came to light.”

The chief medical officer, Prof Dame Sally Davies, spelled out in September that experts believed the long-term risks of novichok to the general public were low.

She said: “It is clear that this material does not spread easily. All the experts advise that the evidence to date does not suggest any long-term health risk from short-term or one-off contact with low levels of this agent. These experts further agree that if someone has not suffered an obvious illness after being exposed to this agent, they are not at risk of any long-term health problems.”