The offshore firm at the heart of the Panama Papers leak did not know who as many as three-quarters of its clients were at the time of the exposé, according to an investigation.

The Panamanian company Mossack Fonseca made frantic efforts to discover its clients’ identities in the spring of 2016 as it fell under global scrutiny.

What are the Panama Papers?

The Panama Papers are a leak of 11.5m files from the database of the world’s fourth biggest offshore law firm, Mossack Fonseca. The records were obtained from an anonymous source by the German newspaper Süddeutsche Zeitung, which shared them with a network of international partners, including the Guardian, in April 2016.

The documents show the myriad ways in which the rich exploit secretive offshore tax regimes. Twelve national leaders were among 143 politicians, their families and close associates shown to have been using offshore tax havens. They included the Pakistani prime minister, Nawaz Sharif; the former vice-president of Iraq, Ayad Allawi; the president of Ukraine, Petro Poroshenko; and the prime minister of Iceland, Sigmundur Davíð Gunnlaugsson.

An offshore investment fund run by the father of the then British prime minister David Cameron avoided paying tax in Britain by hiring residents of the Bahamas to sign its paperwork.

The leak is larger than the US diplomatic cables released by WikiLeaks in 2010, and the secret intelligence documents given to journalists by Edward Snowden in 2013.

But an internal audit of the thousands of offshore companies it was acting for revealed that it had no records of the real owners of 75% of offshore entities in Panama, and 72% in the British Virgin Islands (BVI).

One client of the company also complained that the stories generated by the Panama Papers meant his customers would have to pay taxes.

The revelations will harden the resolve of anti-corruption campaigners who have argued the offshore sector needs to become more transparent.

Last month, they secured a major victory in the UK when MPs passed a law requiring British overseas territories, including the BVI, to create public registers of shell company owners.

The extent of the firm’s record-keeping failures is revealed in a fresh leak of data from the company, which declared in March that it had gone out of business and was shutting down.

The new material was obtained by the German newspaper Süddeutsche Zeitung and shared with the US-based International Consortium of Investigative Journalists (ICIJ).

The new leak suggests Mossack Fonseca drafted reports for law enforcement concerning at least a dozen of its own clients following the Panama Papers, in some instances citing articles by journalists as supporting evidence.

The firm also received a flurry of requests for information from law enforcement agencies, including the UK’s Serious Fraud Office.

In one such instance, the firm did not know who owned an offshore company of interest, even though Mossack Fonseca staff were serving as the company’s nominee directors.

“We all know that we are under severe scrutiny by the authorities, and to present incomplete information to the FIA the BVI’s financial intelligence agency is bad,” a Mossack Fonseca employee wrote.

“But it is worse when we are directly involved with the management of the company and we ought to know and have the information and details on the UBO ultimate beneficial owner, but that information is lacking. It is embarrassing.”

Other instances of unusual practice appear to have continued despite exposure by reporters.

According to records held by the ICIJ, one Mossack Fonseca employee was continuing to sign documents and attend the board meetings of several thousand offshore companies, despite having died in 2005.

Amid pressure from regulators and law enforcement agencies, the firm also faced complaints from enraged clients.

At the time of the Panama Papers, Mossack Fonseca said: “We are responsible members of the global financial and business community” and denied any wrongdoing.

Neither Jürgen Mossack nor Ramón Fonseca, the firm’s founders, responded to requests for comment from the ICIJ concerning the new leak.

The Panama Papers brought a new level of public scrutiny to the role of offshore tax havens in tax fraud, money laundering and financial secrecy.

The prime ministers of Iceland and Pakistan were forced to leave office as a result of separate scandals, and legislatures around the world passed new laws to tackle offshore crime following an international summit on tackling corruption hosted by the UK.

German police are understood to have obtained a copy of the original Panama Papers data and shared it with several other countries to assist with criminal investigations. Last year the British government told parliament that four arrests had been made as part of 66 investigations into suspected tax evasion, and that three arrests had been made in relation to a suspected organised crime group.

Several countries are understood to have raised millions in additional tax revenue thanks to the disclosures. HMRC’s chief executive officer told a parliamentary committee that it was expected the disclosures would bring in an extra £100m of revenue, while Germany was reported to have raised €140m (£123m) using the information.

Despite the move to introduce transparency by the UK parliament last month, several of Britain’s overseas territories have refused to implement new legislation.

The BVI has hired a law firm to explore a possible legal challenge against the transparency measure on constitutional grounds. The premier of the Cayman Islands, another British tax haven affected by the measure, attacked the vote as “reminiscent of the worst injustices of a bygone era of colonial despotism”.

‘Thanks to Mossack, customers have to pay income taxes.’

It was January 2017, and one fund manager had evidently had enough of Mossack Fonseca. Despite having been a client of the firm for years, he had just been informed that further to due diligence checks, the offshore services firm would be resigning as registered agent of his offshore company.

“Thank you for your email,” began his response. “It is true that thanks to you (Panama Papers) in March 2016, all the names of our customers have been known by the authorities of their countries.”

“Thanks to Mossack, customers have to pay income taxes.”

The unusually frank complaint appears in the fresh leak of documents from the now redundant offshore firm, which became synonymous with offshore tax evasion and money laundering after its files were exposed in the Panama Papers two years ago.

The original leak of the firm’s data, encompassing almost four decades of documents, emails and more, revealed for the first time the offshore financial interests of world leaders, celebrities and criminals, and prompted a firestorm of public debate about the ability of ultra-wealthy elites to effectively purchase exemptions from the tax laws that govern the majority of the world’s citizenry.

Research by the ICIJ and its partners depicts a firm under scrutiny from law enforcement, regulators and politicians in Panama and around the world.

A number of clients reported that banks had begun blocking transfers of funds to and from entities with “Mossack Fonseca” in their name in response to the scandal, the new material shows.

Amid a desperate attempt to bring its compliance policies up to scratch while surviving the increased regulatory scrutiny, Mossack Fonseca also faced an onslaught of enraged and even abusive complaints from bankers and lawyers having to explain to their own clients why details of their offshore arrangements were appearing in newspaper articles.

“I demand an explanation why your firm is so impossible to work with! In any properly regulated jurisdiction, a firm like yours would have been shut by the regulator!!! … ” wrote one employee of a European financial firm.

Mossack Fonseca seems to have aggravated some customers by continuing to charge its standard rates during the crisis, including fees for those who wanted to close down companies.

“WHAT A BRUTALITY !!!! that you dare to send me an invoice for ‘the annual fee’,” wrote one client, corresponding directly with the firm.

Internal document management also appears to have become more chaotic in the wake of the leak, resulting in Mossack Fonseca requesting information it already held or filing multiple incomplete requests.

“We look like fucking amateurs,” wrote one customer after the firm asked it to obtain more information from its client. “A Mickey-Mouse operation.” 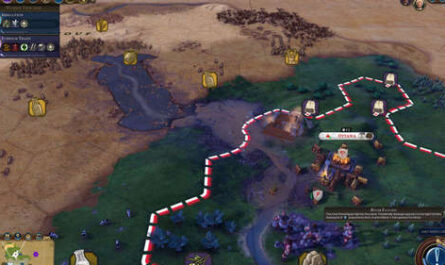