The shadow international trade secretary, Barry Gardiner, faced questions over whether he tells the truth in private or on television, during a heated interview that was labelled a “car crash” by the Conservatives.

During an interview on BBC One’s Andrew Marr Show, Gardiner was repeatedly asked about remarks he had made in private in which he said people were playing up the Irish border for political reasons.

The programme’s host, Emma Barnett, quoted him as saying: “There are real economic reasons why people have played up the issue of the Irish border, and of course there are very good political reasons.” She went on to ask him if he stood by that remark.

Gardiner replied: “There are reasons why people would wish to – if you look at the balance of trade and the importance of cross-border trade between the south and the north in Ireland, it is extremely difficult to see how the Irish economy would withstand the imposition of cross-border controls.”

Barnett pressed him further, asking: “Do you stand by the remarks that people are playing up the Irish border for political reasons. You’ve said it? Which Barry Gardiner is the truth? The one that speaks in private or the one that is on television now?”

Gardiner replied: “Sometimes you have conversations in private, and the reason they are held in private is because you can advance thinking and you can actually then try and – if all you ever do is stick by the given line, you’d never actually advance it because you’d never discuss anything with people. That’s the reason for holding things in private.

“The important thing is that we in the Labour party have come forward with the proposal – the Conservatives have not – which actually meets the problems of solving the Irish border, and that is a new customs union which would minimise disruption on the border and which would enable our jobs and our economy to be protected in this country, because the supply chain across the border into Europe would not constantly be undermining our just in time supply chain.”

Carrie Symonds, the director of communications for the Conservative, branded the interview a “total car crash”. She tweeted:

Total car crash for Barry Gardiner on #Marr. Refusing to answer the questions and now he’s getting very tetchy…

Meanwhile John McDonnell, the shadow chancellor, said he remained committed to overthrowing capitalism, as he discussed Labour’s economic approach. Asked whether the cause was now his job rather than a hobby, he replied: “Yes, it is. It’s transforming our economy.”

He told BBC One’s Sunday Politics he did not believe there was a difference between transforming the economy and overthrowing capitalism, “because I think at the end of the day I want a socialist society. And that means transforming it in a way which radically challenges the system as it now is.”

Why is the Irish border a stumbling block for Brexit?

Inside the EU, both Ireland and Northern Ireland are part of the single market and customs union so share the same regulations and standards, allowing a soft or invisible border between the two.

Britain’s exit from the EU – taking Northern Ireland with it – risks a return to a hard or policed border. The only way to avoid this post-Brexit is for regulations on both sides to remain more or less the same in key areas including food, animal welfare, medicines and product safety.

Early drafts of the agreement Britain hoped to get signed off on Monday said there would be “no divergence” from EU rules that “support north-south cooperation”, later changed to “continued alignment” in a formulation that appeared to allow for subtle divergences.

But it raised new questions about who would oversee it and how disputes might be resolved. It was also clearly still a step too far for the DUP.

McDonnell rejected suggestions that Venezuela, which is suffering hyperinflation and chronic food shortages, was an example of a failed socialist economic model.

He said: “No, I don’t think it was a socialist country. I think what happened was Chávez was developing policies which I think would first of all tackle the tragedy of the poverty that was in that country, raising literacy rates and then investing in the economy, using their oil wealth to do that.

“I think it took a wrong turn when Chávez went. And unfortunately since then I don’t think they’ve been following the socialist policies that Chávez was developing. And as a result of that they’re experiencing the current problems.” 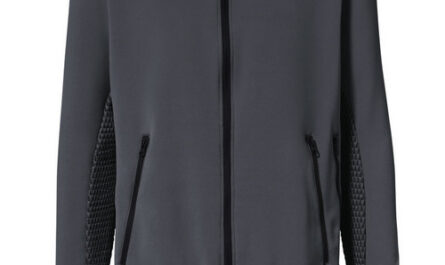