A gang that kidnapped a South African teenager from a playground at the weekend have demanded a ransom in bitcoin worth about $123,000, police have said.

The 13-year-old boy was taken in the town of Witbank in the eastern province of Mpumalanga while he was playing with two friends near his home. Witnesses said a Toyota Corolla pulled up nearby and the teenager was dragged in and driven away.

“We are investigating a case of kidnapping that happened on Sunday in Witbank. There was a demand that was made that the parents should deposit cash in bitcoins,” the police spokesman Leonard Hlathi said on Tuesday. Local media said the ransom note was left at the scene.

What is bitcoin and is it a bad investment?

Bitcoin is the first, and the biggest, “cryptocurrency” – a decentralised tradeable digital asset. Whether it is a bad investment is the big question. Bitcoin can only be used as a medium of exchange and in practice has been far more important for the dark economy than it has for most legitimate uses. The lack of any central authority makes bitcoin remarkably resilient to censorship, corruption – or regulation. That means it has attracted a range of backers, from libertarian monetarists who enjoy the idea of a currency with no inflation and no central bank, to drug dealers who like the fact that it is hard (but not impossible) to trace a bitcoin transaction back to a physical person.

“This is a kidnapping … We demand ransom of 15 bitcoins to be paid into the below bitcoin wallet address to secure your child’s safe release – non-negotiable,” the note reportedly read.

The first deadline for payment of part of the ransom passed on Monday night. In the note, the kidnappers threatened to kill the boy if their demands were not met. A police official said boy’s parents were “going through trauma”.

“They don’t even know what this bitcoin is. They’re devastated and you can see they’re worried and asking themselves: ‘Where’s our son?” local media quoted the official as saying. The boy’s mother made an emotional appeal on Tuesday, pleading with the kidnappers to “bring back her son”.

Police in South Africa have reported a recent rise in kidnappings, although it is usually wealthy businesspeople who are targeted. The latest case appears to be the first ransom demand in made for a cryptocurrency in the country.

In December 2017, an employee at a cryptocurrency exchange in Ukraine was released by kidnappers after a ransom of more than $1m worth of bitcoins was paid. 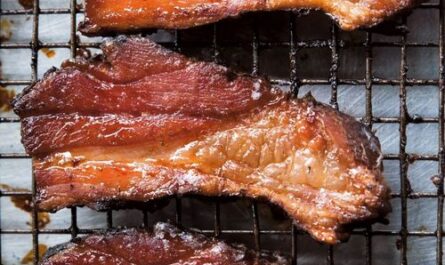