If you’ve just written off the thick end of £200m on a single job, a sum equivalent to 25% of your company’s now-reduced stock market value, you might prefer to run away from more work in the same line of business. Not Stagecoach.

The first set of annual figures since the east coast mainline debacle delivered a thumping 35% dividend cut to shareholders but chief executive Martin Griffiths championed “the good opportunities” the group still sees in the UK rail market. Stagecoach will re-bid for the west coast main line and East Midlands Trains franchises and make a pitch for the new Southeastern gig.

Does the East Coast renationalisation mark a change in direction for rail policy?

Transport secretary Chris Grayling’s decision was surprising given his vehement opposition to public control of rail. But he said the move was partly to expedite the planned east coast partnership, which would see a contract re-let to a private firm in 2020. However, several train companies – such as South Western, TransPennine Express and Greater Anglia – face similar struggles to Stagecoach and Virgin after overbidding for franchises and events may yet force his hand again.

It’s not the plan, but it’s possible. The pressure to avoid any further franchise collapse – or to see Stagecoach-Virgin emerge as operators again, with a diminishing market of bidders – could see the government struggle to get a new operator in place.

So who will now run the trains?

Control will pass in June to the “operator of last resort” – an Arup-led group contracted on the government’s behalf. The train service will be rebranded London North Eastern Railway.

What will the impact be for passengers?

In the short term, little or none. New British-assembled Hitachi trains are already on order, paid for by the government.

How much will it cost the public?

The Department for Transport assessment was that either immediate option, a fresh Virgin Trains contract or direct control, was broadly similar in cost. Analysis by rail regulators in 2013 found East Coast required less subsidy than any other line when in public hands, while it delivered more than £1bn to the Treasury. Stagecoach promised vastly more, £3.3bn by 2023, but found it impossible to pay up.

A sucker for punishment? The corporate line is that lessons have been learned from the east coast, where Stagecoach offered £3.3bn to run the London to Edinburgh service to 2023 but couldn’t make the numbers work after only three years. The chief lesson, surely, is not to make heroic assumptions about how many more customers will wish to use the service. Stagecoach agrees, but its mea culpa would carry more weight if it contained fewer references to “factors outside of our control”. Nobody is forced to bid.

For all that, the plan to stay in rail is probably correct. Or, at least, it’s justifiable on the grounds that transport secretary Chris Grayling’s new “forecast revenue mechanism” is worth a look. The idea is that the Department for Transport will shoulder more of the revenue risk but get a bigger slice of the returns in the event of pleasant surprises. The structure sounds reasonable, but the devil will lie in the detail inevitably. After the recent fiasco with timetable changes, few would bet against Grayling, Network Rail and the train operators conjuring up another fine mess in which everybody blames everybody else.

Timetable shakeup – what will the changes mean?

Why is this rail timetable change significant?
New timetables are published every year but normally with minor tweaks. This year Govia Thameslink Railway, which carries about 500,000 passengers daily, has redrawn its schedules from scratch.

Why has it done that?
The rebuilding of London Bridge and surrounding track infrastructure,  new trains, and new infrastructure allowing partial automation means more services can run through the capital, carrying more passengers. Some can be rerouted to cut journey times, while others will stop at new stations offering more direct services.

So is it a good thing?
Overall, it should be: GTR believes it will use its capacity more efficiently. About 400 more trains will run, with space for 50,000 more people to travel into London in the morning peak.

What’s the problem?
While the new timetable should benefit a greater number, many people have built their work and family routines around a particular train.

Removing or rescheduling services could make some existing commutes untenable without flexible work starts or childcare, passenger groups say, or force some into taking more expensive peak trains. For a month-long transitional period, services will be reduced at some stations. And engineering work means some commuter towns have fewer trains until 2020.

Where are the changes coming?
Every train on the GTR service will run at a new time: that includes Thameslink trains between Bedford and Brighton; Great Northern trains from London into Hertfordshire and Cambridgeshire; Southern services from Sussex and parts of Surrey, Kent and Hampshire to the capital.

How do I know if I’m affected?
Passengers should check their train times at National Rail’s website

On balance, though, in the position of Stagecoach shareholders, you’d probably still sanction more rail adventures, even after a plunge in the share price from 400p to 140p over the last three years. On the right financial terms, good franchises are still worth having. It remains to be seen how Grayling would manage the political heat that could accompany more awards to Stagecoach after the east coast failure, but that’s his problem – or his successor’s.

Thames Water cleaning up its image?

Thames Water is on a mission to shed its reputation for being perhaps the greediest water company in the land. The first efforts have been OK. The Cayman Islands subsidiaries are being dismantled; the boardroom line-up has been overhauled; and, after the departure of unloved Australian financial house Macquarie, the shareholder register is dominated by pension funds who sing the virtues of long-termism.

Now comes reform to boardroom pay. Chief executive Steve Robertson won’t get a bonus for two years, which is perfectly proper since overhauling Thames will take at least three years and he should judged on the final results. The structure of his incentive package is also improved since almost all the targets relate to stuff that involves improving the quality of the assets or the lot of customers, as opposed to enriching the owners. Reducing leaks is 50% of the top priority.

Jolly good, but the flip-side of Robertson not getting a bonus for two years is that he could get a thumping great pay-out in 2020. For an “on target” performance, he would receive £3.75m. If the company hits the “stretch” targets, the sum could be as much as £7.5m, according to the annual report.

Environment secretary, Michael Gove, among others, has highlighted the sheer size of boardroom rewards as a reason why the water industry’s public image is so poor. Thames Water’s new incentives may be sensibly structured, but one suspects even £3.75m would still be near-impossible to explain to the captive customers. 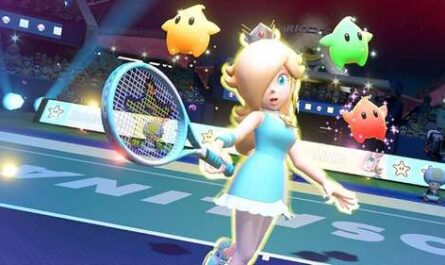