The lawyer representing the adult film actor Stormy Daniels said on Sunday Donald Trump was in “panic mode” and expected his attorney Michael Cohen to cooperate with investigations into the president.

“Mr Trump and the administration have concluded what I’ve been saying for weeks,” said Michael Avenatti, on CNN’s State of the Union. “That Michael Cohen is in a lot of trouble and he’s going to flip on the president.”

Cohen’s office, hotel room and home were raided by the FBI earlier this month, after a referral to the southern district of New York by special counsel Robert Mueller, who is investigating Russian election interference and alleged links between Trump aides and Moscow. Trump has denied collusion and called the investigation a “witch-hunt”.

FBI agents were looking among other things for documentation relating to Cohen’s orchestration shortly before the 2016 election of a payment to Daniels of $130,000, in return for her silence over a sexual relationship she claims to have had with Trump.

Daniels, whose real name is Stephanie Clifford, is suing to be released from the deal. She also alleges defamation by Cohen. Cohen indicated this week he will invoke his fifth amendment right to avoid self-incrimination. On Friday, the judge in California granted Cohen a 90-day delay, given that he is under criminal investigation in New York and that an indictment is “likely”.

The new edition of the National Enquirer tabloid, meanwhile, takes aim at Cohen under the headline: “Trump fixer’s secrets and lies!” The paper is owned by a Trump ally, David Pecker, and is often seen to do the billionaire’s bidding.

“This [National Enquirer cover] is the first effort on their part to undermine Mr Cohen’s credibility so they can claim when he does flip that he’s a liar,” Avenatti said, adding that it was “a pretty safe bet that Mr Trump … knew everything about this cover”. 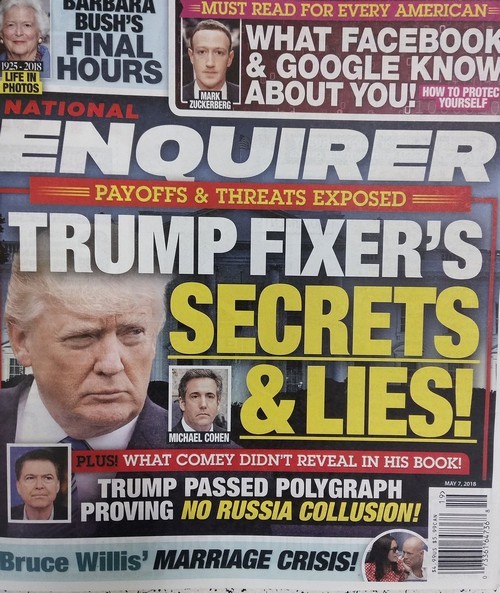 Trump, who has denied a relationship with Daniels or knowledge of a payment to her, told Fox & Friends on Thursday Cohen was in fact representing him in the “crazy Stormy Daniels deal”.

“He directly contradicted what he said on Air Force One,” Avenatti said, referring to a disavowal of knowledge of the payment earlier this month.

He added: “It’s pretty transparent what’s going on here. Mr Trump realizes he’s in a lot of trouble and he’s in panic mode.” 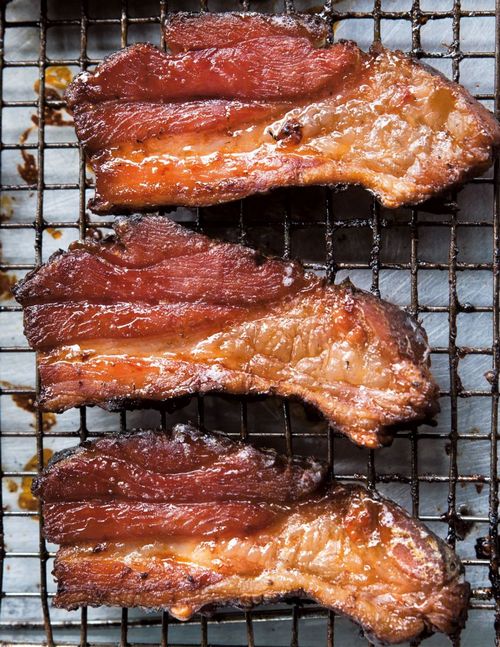