It was a story that captured the world’s attention – 12 boys and their young football coach trapped for more than two weeks in a dark, flooded cave, kilometres from help or food. As the news came on Tuesday night that the last group had been rescued, media outlets large and small, from Denmark to the United Arab Emirates, celebrated.

Thailand’s two English-language newspapers – the Bangkok Post and the Nation – which have carried the story of the rescue attempts on their front pages for the past week, both trumpeted the successful mission.

“Hooyah! Mission accomplished,” was the headline of the Nation, quoting the war cry of the Thai navy Seals who have been celebrating each day’s successful rescue with the phrase.

“All Wild Boars saved,” proclaimed the Bangkok Post, which as well as a main news story also had a chronology of the rescue, an interview with a rescue diver, and Elon Musk’s – rejected – offer to donate a mini-submarine.

Unsurprisingly, the news was extensively covered in countries that had been involved in the rescue efforts.

In Australia, whose government sent a team of 19 to help with the mission, including the doctor who assessed the kids and declared them fit to make the trip out of the cave, many newspapers had front pages celebrating the successful effort. The Canberra Times dubbed it “The Great Escape”, whereas the Sydney Morning Herald said: “They’re all out”, alongside colour photographs of the boys. 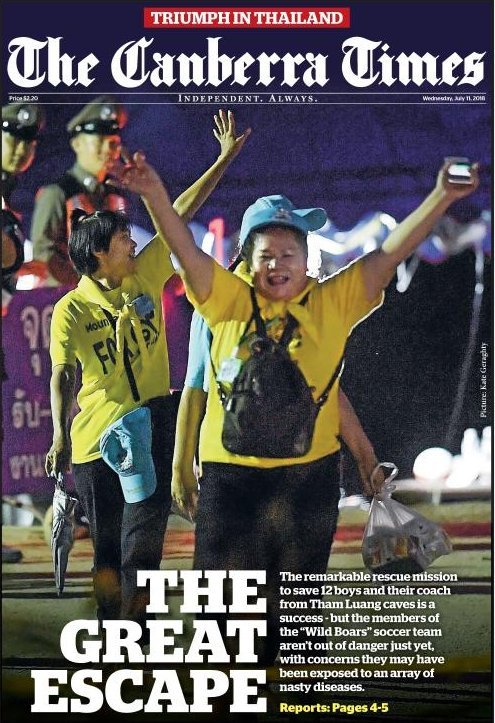 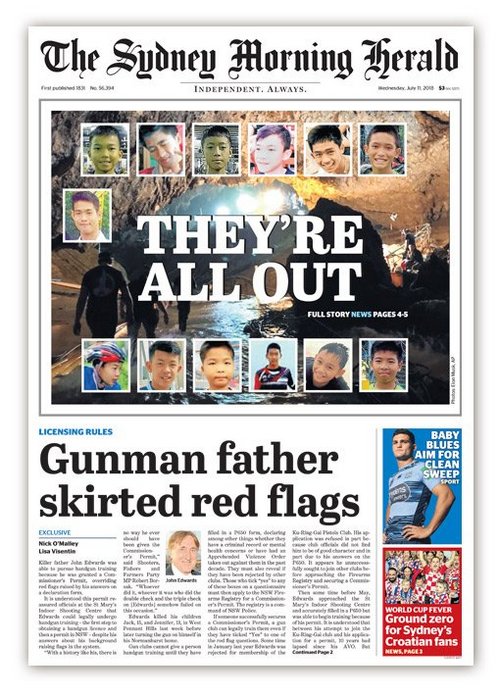 Spiegel Online in Germany called the rescue “Liberation from the deep”, whereas Le Monde had the more informative, though less dramatic, headline: “Thailand: after more than two weeks underground, the 13 cave survivors have been evacuated.

The Local, a Danish news site, had a prominent story on their news site: “Ambassador praises Danish divers for role in Thailand cave rescue”.

Though British divers were key to the rescue mission, the story of the rescue had to fight with both the resignation of the foreign secretary, Boris Johnson, and the upcoming World Cup semi-final for prominence on the front pages.

The Thai rescue was one of the lead stories on the front of the Guardian (“Celebration as Thailand rescues all 12 cave boys”), the Times (“Jubilation as all 12 boys freed from Thai cave”), and Metro (“Lucky 13”). 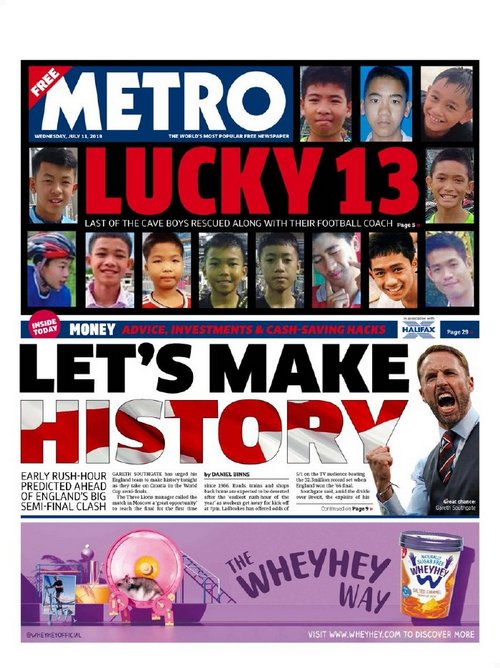 In the United Arab Emirates, two of its English-language newspapers had the story on their front pages. The Gulf Today had the headline: “All 13 trapped in Thai cave rescued”, whereas the Khaleej Times had the slightly more understated: “Hurrah! Soccer kids are finally back from cave.” 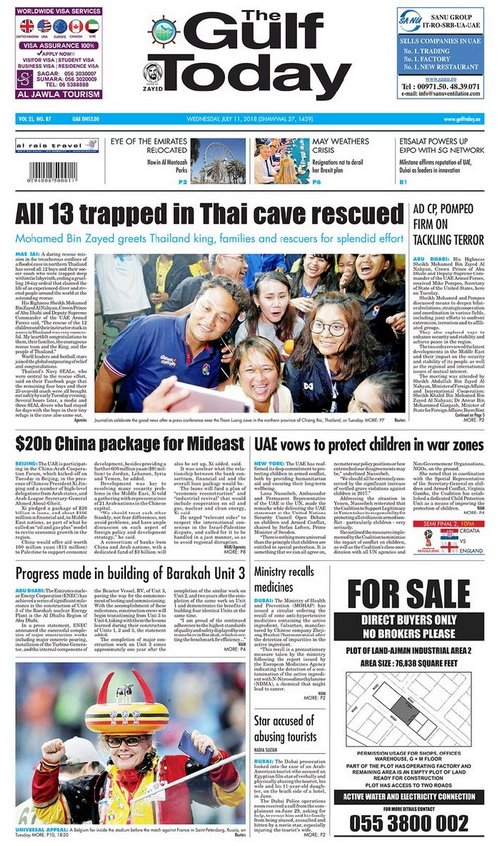 The timing of the rescue mission meant that American newspapers had not yet gone to print. However, US newspapers have been covering the search throughout, from the New York Times, which has been running stories of the extended rescue mission on its front page for days, through to local papers like the Fresno Bee, which had the story of the second group of boys freed on its front page on Tuesday.

After the news broke yesterday that all the boys had been freed, CNN ran the news in a banner headline on their site, with the headline “They’re all out.”

US, Russia blame each other for abandoning key missile treaty