The Trump Organization coordinated with Russians involved in a notorious 2016 meeting at Trump Tower on what to tell the public about the discussions, according to emails published by Congress.

The documents show that attorneys for the Trump family’s corporation contacted attendees of the meeting before and after it was revealed by the media, in an attempt to manage the response.

One of the attorneys gave an entire prepared statement to a publicist for the Russian businessman who requested the meeting, and said it “would be our preference” if he did not say anything else to the press.

Donald Trump Jr agreed to the meeting after being told the businessman would supply damaging information from the Russian government about Hillary Clinton, his father’s opponent in the 2016 presidential campaign.

The new information was included among 2,500 documents published on Wednesday by the Senate judiciary committee, which has been investigating possible collusion between Donald Trump’s 2016 presidential campaign and Russia. 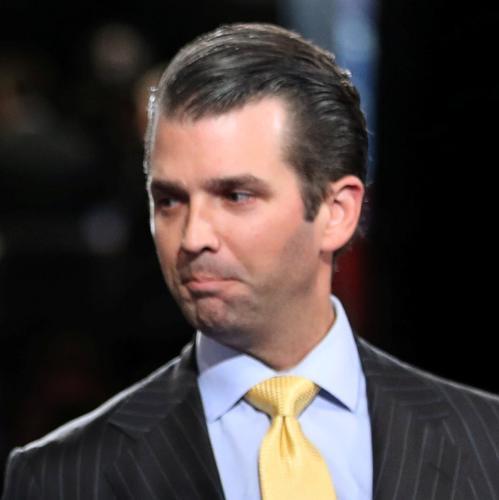 31 December 1977 in Manhattan
After brief stint bartending in Aspen, he moved back to New York to join the Trump Organization, supervising Trump Park Avenue and other projects. He took an interest in other family enterprises in later years, appearing as a guest adviser on his father’s reality television show The Apprentice and as a judge of various Miss USA pageants.
High point

Just before the news of his meeting with the Russian lawyer Natalia Veselnitskaya, he was riding high as executive director of The Trump Organization and one of the president’s closest confidants.

On Tuesday 11 July 2017, he produced the most damning evidence yet in the FBI’s investigation of Russian meddling in the US election, catapulting himself on to the international stage with emails showing he knowingly met with a Russian lawyer claiming to have “dirt” on his father’s rival.
“I think I probably got a lot of my father’s natural security, or ego, or whatever … I can be my own person and not have to live under his shadow. I definitely look up to him in many ways – I’d like to be more like him when it comes to business – but I think I’m such a different person, it’s hard to even compare us. His work persona is kind of what he is. I have a work face, and then there’s my private life,” – Trump Jr to New York magazine, 2004.
“It’s a do-anything-you-can-to-win world that he’s part of, and his eagerness to meet with this lawyer, who was very explicitly described as having information that came from Russian government sources – there’s no mystery there. There’s no veil. There’s not even one veil. Her name wasn’t mentioned but everything else was very explicit and he leaps at it. That’s all part of this all-that-matters-is-winning, there’s winning and there’s losing, that’s it. That’s the value system and in that way, he very much echoes his father.” – Gwenda Blair, Trump biographer, to the Guardian, 12 July 2017.

The Trump Tower meeting is a key flashpoint for congressional investigators and Robert Mueller, the special counsel, who is also looking into possible collusion. US intelligence concluded the Kremlin intervened to help Trump beat Clinton.

Trump Jr, along with Trump’s son-in-law Jared Kushner and the 2016 presidential campaign chairman Paul Manafort, met a group including Natalia Veselnitskaya, a Kremlin-connected lawyer, at the campaign headquarters on 9 June 2016.

Mueller is also investigating whether Trump or his associates tried to obstruct justice through various actions since the inquiries began. Trump and his attorneys deny any wrongdoing and have dismissed the investigation as a witch-hunt.

After news of the meeting broke in July, Alan Futerfas, an attorney for the Trump Organization, emailed the publicist, Rob Goldstone, a proposed statement in Goldstone’s name.

The statement supported Trump Jr’s account of the meeting as a “complete waste of time” which had focused on policy issues such as economic sanctions and a ban on Americans adopting Russian children.

“If you feel comfortable with this statement and are comfortable saying nothing more, at least for the time being, that would be our preference,” said Futerfas. “Again, any statement should be accurate as to your very best recollection.”

Ike Kaveladze, a Russian businessman who attended the meeting, testified to the committee that Futerfas’s proposed statement failed to mention that issues around the US Democratic party had been discussed in the meeting. But he and others denied that “dirt” on Clinton came up.

Futerfas spoke several times with Kaveladze by telephone before the meeting was made public, according to the emails, and was due to speak with Emin Agalarov, the Russian businessman and singer represented by Goldstone. Emin’s father, Aras Agalarov, is a Russian developer on good terms with Vladimir Putin.

Alan Garten, another Trump Organization attorney, spoke by telephone with Goldstone in the weeks before the news broke. Following the call, Goldstone wrote in an email: “They are concerned because it Jinks sic Don Jr to officials from Russia – which he has always denied meeting.”

Garten was due to call Kaveladze as well, according to the emails. Another email from July 2017 showed the incoming White House communications director, Anthony Scaramucci telling Goldstone it was important that “we remain consistent and united” in the face of public pressure about the meeting.

In a statement on Wednesday, Democratic senators on the committee said the records showed Trump’s team were left “frustrated and angry” that the meeting did not produce enough damaging information on Clinton. “Their efforts to conceal the meeting and its true purpose are consistent with a larger pattern of false statements about the Trump campaign’s relationship with Russia,” the Democrats said.

Goldstone emailed Trump Jr, purportedly on behalf of Emin Agalarov, to arrange the meeting at Trump Tower, saying that his clients had information on Clinton from the Russian government.

The released documents show that Goldstone forwarded Futerfas’s email about the proposed statement on 10 July to Kaveladze, one of Aras Agalarov’s executives, who attended the meeting at Trump Tower.

“Here is statement by Trump lawyers which they have asked me to release,” Goldstone wrote in the subject bar.

Kaveladze and Futerfas then exchanged emails apparently arranging a call. The Trump attorney had already emailed Emin Agalarov on 30 June asking Agalarov to contact him. “Can you please give me a call at your convenience regarding certain matters,” Futerfas said.

Text messages in Russian released by the committee showed Kaveladze and Veselnitskaya, the Kremlin-connected lawyer, sought another meeting with Trump’s team after the 2016 election but found doors closed to them.

The records show that Goldstone also offered to arrange a meeting between Trump and Putin less than six weeks into Trump’s presidential campaign.

The publicist suggested in a July 2015 email to Rhona Graff, Trump’s executive assistant, that Trump may “welcome a meeting with President Putin, which Emin would set up”. There was no indication the offer was accepted.

The transcripts also show that Trump Jr told the committee that he couldn’t remember whether he had discussed the Russia investigation with his father.

Trump Jr also deflected a question on whether his father had been involved in drafting the Trump team’s official statement on the meeting, which claimed it was a policy discussion with little relevance to the presidential campaign.

Who is Natalia Veselnitskaya? 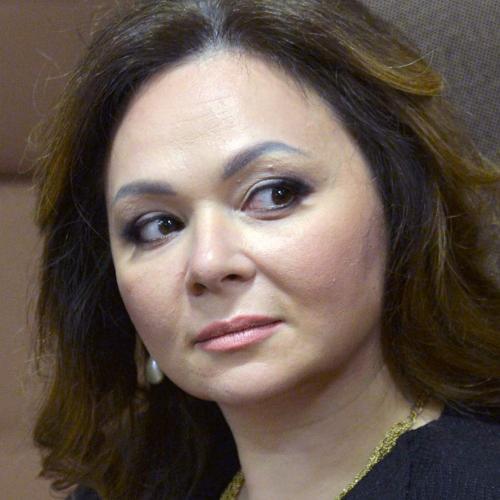 Natalia Veselnitskaya is the Russian lawyer who met with Donald Trump Jr, Jared Kushner and Paul Manafort at Trump Tower on 9 June 2016. Trump Jr has published emails showing Veselnitskaya was introduced to him as a “Russian government attorney” who had damaging information about Hillary Clinton.

Veselnitskaya is a defence lawyer based just outside Moscow, whose main client in recent years has been Denis Katsyv, a businessman accused of profiting from a major tax fraud uncovered by lawyer Sergei Magnitsky. She fought his case in US courts and mounted a PR campaign to try to clear Katsyv’s name and overturn the “Magnitsky Act” sanctions against Russian officials that followed.

Veselnitskaya is not a government official and portrays herself as a lawyer with a private client. The question, then, is how she was able to secure the meeting at Trump Tower during a presidential campaign and why she was introduced to Trump Jr as representing the Russian government.

Reports have said the president took a direct role in the preparation of the statement. Robert is understood to want to ask Trump about his involvement.

Asked in the interview if his father was involved in drafting the statement, Trump said: “I don’t know. I never spoke to my father about it.”

According to the transcripts, Trump Jr also said he didn’t think there was anything wrong with attending the Trump Tower meeting in which he was promised dirt on Hillary Clinton.

On Wednesday Trump Jr said in a statement that he was “candid and forthright” in his interview with the committee.

Goldstone told the committee he thought the meeting was a “bad idea”.

He said he reported back to Emin Agalarov that “this was the most embarrassing thing you’ve ever asked me to do. I’ve just sat in a meeting about adoption.”