Fifty life-size cardboard cutouts of Pauline Hanson have been delivered to the marginal seat of Longman while the One Nation leader is on holiday.

The cardboard Hansons will be at every polling booth in the Queensland seat for Saturday’s byelection, where One Nation preferences may decide the contest between Labor and the Liberal National party.

Hanson’s chief of staff, James Ashby, revealed the thinking behind the tactic to Brisbane’s Courier-Mail, saying the cardboard Hansons were “as good as her”.

“A photo visual of Pauline is as good as her being there because it is a presence,” he said. “People will still be able to come and get a photo with Pauline.”

Matthew Stephen, One Nation’s candidate in the seat, was snapped carrying and posing with the cutouts on Friday.

Hanson has been absent from the final week of the campaign, but Ashby told the Courier-Mail she was in daily contact from aboard her cruise ship in Europe. 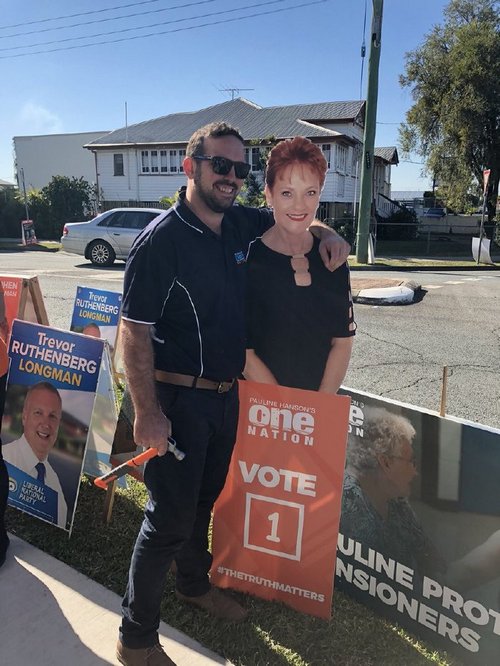 Find someone who looks at you like a wide-eyed corflute cutout of Pauline Hanson pic.twitter.com/JSgqgYqsLp

A poll on Monday found the seat was on a knife edge, with Labor on 49% and the Liberal party on 51%. One Nation received 9.4% of the primary vote at the last election in 2016.

This seems way too much like the first 5 minutes of a Doctor Who episode. https://t.co/iD3Dlv0Znv

they know they’re not allowed to vote, right?

The Hanson ploy is not the first time cutouts have stood in effectively for absent politicians. In January, the Thai prime minister, Prayuth Chan-ocha, brought a cardboard cutout to a news conference, telling reporters questioning him to “ask this guy” before putting it down and walking away.

The Trudeau cutouts had become a popular event decoration for Canadian diplomats in the US, but the practice was halted after criticism that it portrayed Trudeau as two-dimensional and lacking depth.

In the centre of Moscow will limit movement from-for “excitement”